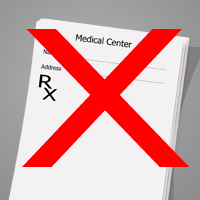 Total hip arthroplasty (THA) reduces use of analgesics, hypnotics and anxiolytics to extend the positive effects of surgery according to a Norwegian study of pre- and post-operative prescription trends in the Nov. 14 issue of Pain.
Tone Blågestad of the department of clinical psychology, University of Bergen, Norway and lead author of “Prescription trajectories and effect of total hip arthroplasty on the use of analgesics, hypnotics, antidepressants and anxiolytics: Results from a population of total hip arthroplasty patients”— used merged data from the Norwegian Prescription Database and Norwegian Arthroplasty Register to examine redeemed medications in a complete population undergoing THA between 2005 and 2011.
Divided data into eight quarters—four (Q1-Q4) before and four (Q5-Q8) after surgery— Blågestad and the team analyzed use of non-steroid anti-inflammatory drugs (NSAIDs), opioids, non-opioids and psychotropics over the two-year period.
Almost 50 percent (49.3) of the study population took at least one analgesic drug with nearly 38 percent receiving NSAIDs, 16.3 percent opioids and 12.4 percent non-opioids, they found. “Use of opioids, non-opioids and hypnotics dramatically increased from Q4 to Q5,” they wrote.
“Hypnotic use follows the same prescription trajectory as analgesics, supporting the link between pain and sleep,” the authors noted, adding that narcotics “disrupt sleep architecture and increased the need for hypnotics, post-surgically.
“Long-term (Q4 vs. Q8), surgery reduced prescriptions of analgesics, hypnotics and anxiolytics, but not anti-depressants. Overall, the study results extend the positive effects of THA to include reduced reliance on medication to alleviate symptoms,” they concluded.


Click here to sign up for more HCPLive® content and updates.
Related Coverage >>>
FDA Approves Voltaren Arthritis Pain as OTC Topical Gel for Osteoarthritis
Upadacitinib More Beneficial than Placebo for Psoriatic Arthritis
FDA Approves Cocaine Hydrochloride Nasal Anesthetic Solution
You May Also be Interested in
Most Popular
The Fear of the Coronavirus, and the Reality of the Flu
Ibuprofen In First Trimester of Pregnancy May Reduce Future Child's Fertility
FDA Approves IV Meloxicam for Pain Management
Top 10 Painkillers in the US
Cardiac Abnormalities Associated With Charcot-marie-tooth Disease