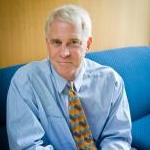 George DuPaul, PhD
Analysis of data from the largest nationally drawn sample of children with attention-deficit/hyperactivity disorder (ADHD) collected in the past 2 decades revealed medication and school supports are more commonly provided than psychosocial treatments, and that rates of treatments vary between some demographic groups.

Principle investigator George DuPaul, PhD, Department of Education and Human Services, Lehigh University, Bethlehem, Pa., and colleagues examined responses from 2495 children and adolescents with ADHD from the 2014 National Survey of the Diagnosis and Treatment of ADHD and Tourette Syndrome (NS-DATA) to characterize lifetime and current rates of ADHD treatments overall and by demographic and clinical factors.

"This information can be used to describe the current status of ADHD treatment relative to best practices and may inform future research that seeks to identify barriers to receipt of recommended treatments," DuPaul and colleagues indicate, "as well as policy and programmatic efforts to promote more widespread use of recommended treatments for children with ADHD."

The analysis of current and lifetime treatments was drawn from responses of parents of children aged 4–17 years to question whether their child had ever taken medication for ADHD, and whether they received any of 7 other forms of intervention: school-based education, support, intervention or accommodation; classroom management such as reward systems, behavior modification or daily report card; peer interventions such as peer tutoring; social skills training; cognitive behavioral therapy (CBT); alternative treatments such as dietary supplements; electroencephalogram neurofeedback or other kinds of biofeedback.

An affirmative response to any of these prompted follow-up questions to determine whether the treatment(s) were currently being received. In addition, parents were then asked whether they had ever, or were currently receiving training to help manage their child's ADHD.

The treatment rates were found to vary somewhat between demographic groups, although there were no statistically significant differences by child gender or primary language used in the home. Treatment rates were also generally similar across ethnic groups, except medication treatment was more common among non-Hispanic children than Hispanic children. DePaul and colleagues suggest this could possibly be attributed to cultural attitudes toward ADHD medication use.

Younger children (4–11 years) were significantly more likely than older children (12–17 years) to receive each type of treatment, with exception of parent training and peer intervention. Treatment rates of all types except medication were also found to significantly differ with the type of healthcare coverage. Rates of school supports and psychosocial treatment were highest among children with public insurance and lowest among those without insurance.

"Our study found that most children and adolescents with ADHD had taken medication, while fewer had received psychosocial treatments," lead author Melissa Danielson, MSPH, statistician, National Center on Birth Defects and Developmental Disabilities, Centers for Disease Control and Prevention (CDC) commented to MD Magazine. "Efforts to increase access to evidence-based behavior therapy for children and adolescents with ADHD may be needed, such as telehealth, school-based services, or behavioral health integration into pediatric primary care."

The analysis of survey data on treatment of ADHD in the US was published in the January Journal of Pediatrics.

Click here to sign up for more HCPLive® content and updates.
Related Coverage >>>
Maternal Vitamin D Deficiency Increases Risk of ADHD in Offspring
Systematic Review Highlights Pediatric Medical Overuse
Medication Adherence a Major Issue for Children with ADHD
You May Also be Interested in
Most Popular
The Fear of the Coronavirus, and the Reality of the Flu
Do EMRs Provide Clinically Relevant Information?
Top 10 Painkillers in the US
Testosterone Supplementation May Increase Serotonin Levels in the Brain
How to Spot a Bad Doctor