Fear of Violence from Partners Curbs Vaginal Ring Use 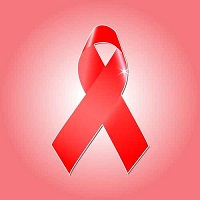 Women fearing or experiencing intimate partner violence were less likely to use a new antiretroviral vaginal ring designed to protect them from HIV, according to a new study.

The ASPIRE study has shown positive results in Phase III trials in reducing the risk of AIDS for women who use the ring consistently. However, additional data have revealed that women with fears of domestic violence were 1.5 times less likely to use the ring and up to 2.5 time less likely if they recently had experienced intimate partner violence.

These results were presented last week in Chicago at the biennial HIV Research for Prevention conference (HIVR4P) and are available on a webcast from that conference.

"Violence against women is a significant problem globally, and particularly so in the communities where we conducted ASPIRE," said Thesla Palanee-Phillips MMedSci, PhD, MSc, the director of the network's trials at the Wits Reproductive Health and HIV Institute in Johannesburg, South Africa and protocol co-chair of the ASPIRE study.

The vaginal ring trials were conducted at 15 sites in Malawi, Uganda, Zimbabwe, and South Africa and involved 2,629 women from ages 18 to 45 years old. Of the estimated 35 million people in the world living with HIV, 71%  are in sub-Saharan Africa, according to an UNAIDS report. In that region, women and adolescent girls represent one out of four new HIV infections.

The ring being tested by ASPIRE contains the antiretroviral drug dapivirine and had an overall risk reduction of 27% compared to the placebo group. That benefit jumped to at least 61% among women over 25% and could be as high as 75 among women who used the ring most consistently. The greatest risk reductions were found among women 25 or older.

Women from 18 to 21 years old, those who had a new primary partner, or those who had not told their partner about the study or the ring were among those most likely to report intimate partner violence or harm during the trial. In some cases, participants reported that their partner had taken the ring away from them or destroyed it. Of those who did experience intimate partner violence, 52.9% were not using ring consistently one month later, according to Palanee-Phillips' presentation at the conference.

"Looking ahead, we need to find simple ways to empower women with support to be adherent to HIV prevention strategies in the face of potential exposure to intimate partner violence. We need to ensure that women feel comfortable reporting social harms in studies and in seeking help so that we can better understand how to protect all women against HIV infection," she said in a summary about the research.

A new program, funded by USAID, is getting underway to give women a greater sense of self-determination in using HIV prevention measures, according to Palanee-Phillips.

This ASPIRE trial was led by the Microbicide Trials Network (MTN), which is funded by the National Institutes of Health and is based at the Magee-Womens Research Institute at the University of Pittsburgh.

Click here to sign up for more HCPLive® content and updates.
Related Coverage >>>
Kenneth Koblan, PhD: Gaps in Treatment for Bipolar Depression
Banafsheh Kashani, MD: Uterine Fibroids and the Importance of FDA Approvals
Insufficient Data to Accurately Monitor Most At-Risk Communities for Flu
You May Also be Interested in
Most Popular
Denise Daley, PhD: Early Asthma Interventions for Infants
Investigators Test Combination Therapies for First-Episode Psychosis in Adolescents
Top 10 Painkillers in the US
What Should I Do With This Abnormal ALT?
Flu Cases Near 30 Million in the US, CDC Reports