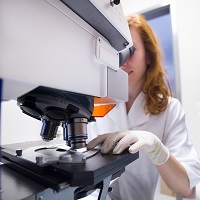 A patient specimen test, Xpert Carba-R Assay, can detect specific genetic markers linked to bacteria that are resistant to carbapenem antibiotics. This test, the first of its kind, was cleared by the US Food and Drug Administration (FDA) on June 29.

Carbapenem-resistant Enterobacteriaceae (CRE) are organisms that are resistant to carbapenem antibiotics. These bacteria include Escherichia coli (E. Coli) and Klebsiella species.

Carbapenem antibiotics are used to treat severe infections in hospitals and the bacteria have been reported in nearly every state in the US. People in hospital, long-term care facilities, and other healthcare settings are most at risk for CRE infections, according to the Centers for Disease Control and Prevention (CDC). These patients are usually being treated for another serious condition and have ventilators, urinary catheters, or intravenous catheters. Therefore, often times they’re taking extensive courses of antibiotics which puts them at risk.

“By using a specimen taken directly from a patient to test for the presence of genetic markers, hospitals can more quickly identify these dangerous bacteria resistant to certain antibiotics,” Alberto Gutierrez, MD, director of the FDA’s Office of In Vitro Diagnostics and Radiological Health within the Center for Devices and Radiological Health, said in a news release. Growing bacteria from fecal material in cultures is the current method to detect CRE and other resistant organisms. The results can take up to four days and additional testing is often needed.

“Although Xpert Carba-R Assay tests for the most prevalent carbapenemase genes associated with resistance to carbapenem antibiotics, it does not detect the bacteria, carbapenemase activity or other possible non-enzymatic causes of carbapenem resistance,” the statement said.

The Xpert Carba-R Assay is an aid in infection control and should be used as an add-on with standard bacterial culture.

The clearance was based off of two clinical trials. The first included 755 patients in hospitals or long-term care facilities. The Xpert Carba-R Assay was compared with reference cultures and automated real-time polymerase chain reaction (PCR) sequencing. The second trial consisted of 432 rectal swabs that were artificially prepared with specific concentrations of bacteria with the genes that the test could detect. In both of these trials, the Xpert Carba-R Assay showed a similar performance as the culture method.

CRE bacteria are resistant to many common antibiotics, however, there are some strains that have become resistant to almost all antibiotics on the market. The FDA says that this presents a significant public health threat.