FDA Approves Zinplava for C. difficile, Despite Serious Side Effects 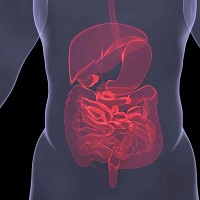 Zinplava – Merck's drug to reduce the recurrence of Clostridium difficile (C. difficile) infection in adults receiving antibiotics for the infection and are at high risk for recurrence – was approved by the U.S. Food and Drug Administration, the company announced in a press release. Merck anticipates making Zinplava available in early 2017.

Zinplava (bezlotoxumab) was developed by University of Massachusetts Medical School scientists in 2009 and licensed to Merck. The drug is approved for use in adults aged 18 years or older who are already receiving antibacterial treatment for C. difficile infection and who are at a high risk for re infection. However, the company announcement continued, Zinplava should not be used for treatment of C. difficile infection, as it is not an antibacterial drug.

“For generations, Merck has been steadfast in its commitment to fighting infectious diseases – and that commitment continues today. ZINPLAVA is a human monoclonal antibody that binds to C. difficile toxin B and neutralizes its effects,” Dr. Nicholas Kartsonis, vice president of clinical development, infectious diseases, Merck Research Laboratories, said in the statement.

Merck recommends a single dose of Zinplava of 10 mg/kg administered as an intravenous drug over a 60 minute period. It must be diluted prior to infusion, for a total injection of 1,000mg/ 40mL (25mg/mL).

Other side effects were reported within four weeks of Zinplava infusion included nausea, pyrexia, and headache, though the numbers for affected patients in both the drug treated group and the placebo treated group were relatively similar.