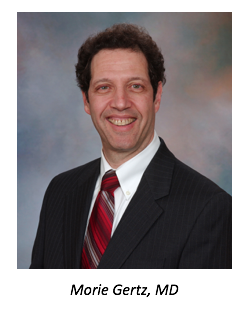 The US Food and Drug Administration (FDA) has approved Alnylam Pharmaceuticals’ patisiran (Onpattro) infusion for the treatment of polyneurotherapy caused by hereditary transthyretin-mediated amyloidosis (hATTR) in adult patients. This is the first approved treatment for patients with peripheral nerve disease caused by hATTR, a rare, debilitating, and often fatal genetic disease.

“I think [patisiran] is quite practice-changing," Morie Gertz, MD, oncologist, internist, hematologist, and chair of Internal Medicine, Minnesota, at Mayo Clinic, told  Rare Disease Report®. "In the United States, the only approved treatment for hereditary TTR amyloidosis has been liver transplantation, which is very resource intensive, is limited by donor availability, is still associated with the potential for progressive disease, and now for the first time in this patient population, alternatives are available, and it’s certainly simpler than liver transplantation. In reality, it’s the first medication approved in the United States for the treatment of hereditary TTR amyloidosis, at least at this time.”

Patisiran is a first-of-its-kind targeted RNA-based therapy that is part of a new class of drugs, referred to as siRNAs, which work by silencing a portion of RNA involved in causing the disease. Patisiran encloses the siRNA into a lipid nanoparticle to transfer the drug into the liver via an infusion treatment to stop the production of disease-causing proteins, according to the FDA.

“In [the APOLLO phase 3] trial that was published in the New England Journal of Medicine (NEJM), patisiran met its primary and secondary endpoints of a reduction in the progression of neurological disability as well as improved quality of life when compared to patients on placebo,” Dr Gertz added.

The APOLLO phase 3 clinical trial enrolled 225 patients with hATTR, 148 of whom were randomly assigned to receive patisiran infusion once every 3 weeks for the duration of 18 months while the other 77 patients were randomly assigned to receive a placebo infusion at the same frequency. All patients received premedication with a corticosteroid, acetaminophen, and antihistamines to decrease infusion-related reactions.

Those who received patisiran were found to have better outcomes pertaining to measures of polyneurotherapy, including muscle strength, sensation, reflexes, and autonomic symptoms, compared with those who received the placebo. Those treated with the RNA-based therapy were also reported to have scored better on assessments of walking, nutritional status, and the ability to perform daily activities. Overall, patisiran was shown to improve neurological impairment and reduce hospitalizations and mortality rates in patients with hATTR.

“This approval is part of a broader wave of advances that allow us to treat disease by actually targeting the root cause, enabling us to arrest or reverse a condition, rather than only being able to slow its progression or treat its symptoms. In this case, the effects of the disease cause a degeneration of the nerves, which can manifest in pain, weakness, and loss of mobility,” FDA Commissioner Scott Gottlieb, MD, said in the announcement. “New technologies like RNA inhibitors, that alter the genetic drivers of a disease, have the potential to transform medicine, so we can better confront and even cure debilitating illnesses. We’re committed to advancing scientific principles that enable the efficient development and review of safe, effective and groundbreaking treatments that have the potential to change patients’ lives.”