FDA Approves Expanded Use for Lucentis 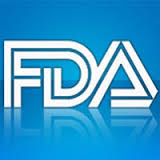 The Food and Drug Administration said Friday it has approved the use of Lucentis (ranibizumab injection) 0.3 mg to treat diabetic retinopathy (DR) in patients with diabetic macular edema (DME).

The new indication expands the approved uses for Lucentis, which had previously been approved to treat DME and macular edema secondary to retinal vein occlusions. The drug is administered by a physician to the eye once a month. It is marketed by California-based Genentech, a subsidiary of Roche.

According to the FDA, DR affects more than 29 million people in the US and is the leading cause of new blindness in adults ages 20-74. In 2008, one-third of adults age 40 and over with diabetes had some form of DR.

The new use for Lucentis was reviewed using the FDA’s priority review program, which allows for an expedited review of drugs that have the potential to be a significant improvement to the safety of effectiveness of the treatment of a serious condition.

The indication was studied in 2 clinical trials involving 759 patients tracked over 3 years. Patients who received Lucentis showed significant improvement in the severity of their DR at 2 years compared to those who didn’t receive the injection.

The most common side effects were bleeding of the conjunctiva, eye pain, floaters, and increased pressure in the eye. More serious side effects included infection within the eyeball and retinal detachments.

Click here to sign up for more MD Magazine content and updates.
Related Coverage >>>
FDA Approves Semaglutide Injection for Cardiovascular Risk Reduction
Adam B. Hill, MD: Improving Public Mental Health Care
FDA Advisory Committee Split on Extended-Release Bupivacaine
You May Also be Interested in
Most Popular
Virtual Physical Therapy Shows Promise Following Knee Surgery
Real-World Challenges to Prescribing Sacubitril/Valsartan for Patients with Heart Failure
Top 10 Painkillers in the US
How Many Pills Do Your Elderly Patients Take Each Day?
Brokers and the Affluent