Extended-Release Gabapentin May Hold Promise for Treatment of Fibromyalgia 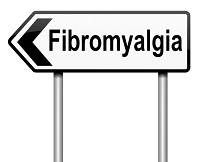 Effective treatments for fibromyalgia are notoriously few and far between. A number of studies have shown that gabapentin, developed to treat epilepsy, is effective in treating postherpetic neuralgia and painful diabetic neuropathy. Now, a new—although admittedly limited—study has revealed that gabapentin may hold promise for treating fibromyalgia as well.

This isn’t the first study to measure the effectiveness of gabapentin to treat fibromyalgia pain. A literature review published in PubMed Health in 2014 pointed to the many limitations of current research. That review found that, “The amount of evidence for gabapentin in neuropathic pain conditions except postherpetic neuralgia and painful diabetic neuropathy… is very limited,” and that no top-tier evidence existed that was unequivocally unbiased.The review further noted that there was no obvious difference between standard gabapentin formulations and recentlyâ€introduced extendedâ€release or gastroâ€retentive formulations, or between different doses of gabapentin.

The newer study, which appeared in a recent issue of Pain Practice, assessed the efficacy and safety of extended-release gabapentin in a 15-week, open-label, single-arm, single-center study in patients with fibromyalgia. Patients with autoimmune conditions, and or taking opioids for management of their pain, were excluded from the study. In addition to measuring the impacts of gabapentin on pain, the study looked at its effect in reducing barriers to sleep.

A total of 34 subjects were enrolled and 29 subjects completed the starter pack (85%). Patients reported significant pain relief on NPRS by end of 4 weeks. Subjects also reported similar magnitude of improvements in fibromyalgia and its impact on daily life by the end of 4 weeks. MOS results showed subjects reporting improved sleep quantity (on average, 1.2 hours over baseline) with gradual and statistically significant improvement in quality. Improvements in primary and secondary measurements were reflected in PGIC, with significant improvement in patients’ impression of fibromyalgia by week 8.

The study was of a small sample size; other limitations include geographical bias, the fact that it was a single-arm study without a control group, and the relatively short duration of treatment. Duration of treatment is particularly important in measuring FM pain because such pain is typically experienced over long periods. The study found that extended-release gabapentin relieved FM pain symptoms and improved quality-of-life for the FM subjects studied. Subjects reported improvements in both quantity and quality of sleep.