Exposure to Household Chemicals Increases Risk of Autism in Offspring 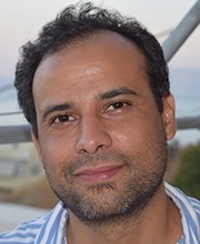 It has become increasingly clear in recent years as autism rates have increased that there are environmental factors that lead to the disease, not just genetic factors.

A research team, led by Youssef Oulhote, PhD, Department of Biostatistics and Epidemiology at the University of Massachusetts at Amherst, examined the relationship between gestational phthalates and autistic trains in Canadian children aged 3 and 4.

The etiology of autism spectrum disorder (ASD) is poorly understood, with few studies examining the link between endocrine-disrupting chemicals and autistic traits.

A total of 2001 adult women in their first trimester of pregnancy were enrolled in the study between 2008-2011 in 10 Canadian cities. The investigators performed neurophysiological assessments on 610 children between 3-4 years old, including the Social Responsiveness Scale–II (SRS-2) as a measure of autistic traits and social impairment.

The team measured 11 phthalate metabolites in maternal urine samples during their first trimester and assessed folic acid supplementation from reported intakes. They also estimated covariate-adjusted differences in SRS-2 T-scores with a doubling in phthalate concentrations in 510 children with complete data.

Overall, higher gestational concentrations of some phthalate metabolites is linked to higher scores of autistic traits measured by the SRS-2 in males but not girls and the small size effects were mitigated by folic acid supplementation during the first trimester of pregnancy.

The results suggest a potential way to reduce the risk of ASD can be achieved by reducing exposures to environmental toxicants and ensuring adequate folic acid supplementation in the periconceptional period for pregnant women.

Outlhote said future studies should focus on other periods of pregnancy and older children.

Autism spectrum disorder affects approximately 1.7% of children in a brain-based disorders characterized by social deficits, atypical communication, and repetitive and restrictive behaviors. ASD had an underlying genetic basis, but there are incomplete concordance in study of monozygotic twins indicating a significant role of environmental factors.