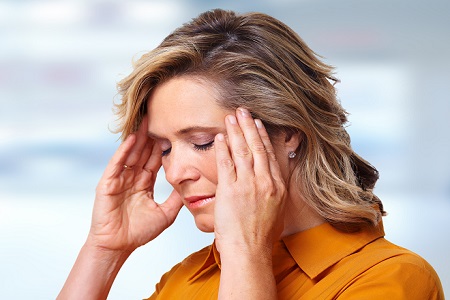 While the debate over caffeine intake and harmful health effects is usually one that takes place among cardiologists, a recent study has found a link between excessive caffeine consumption and migraines.

The study, which was conducted by investigators from Beth Israel Deaconess Medical Center and Brigham and Women’s Hospital, found that consumption of 3 or more caffeinated drinks per day could be a potential migraine trigger — while consuming less than 2 was found to have no effects.

"This study was a novel opportunity to examine the short-term effects of daily caffeinated beverage intake on the risk of migraine headaches,” said Suzanne Bertisch, MD, MPH, of the division of sleep and circadian disorders at Brigham and Women's Hospital, Beth Israel Deaconess Medical Center. “Interestingly, despite some patients with episodic migraine thinking they need to avoid caffeine, we found that drinking one to two servings/day was not associated with higher risk of headache.”

To determine whether caffeinated beverage intake was a potential trigger of migraine headaches on that day or the following day, investigators conducted a prospective cohort study of 98 adults between March 2016 and October 2017. Participants reported their caffeinated beverage intake, other lifestyle factors, and the timing and characteristics of each migraine headache every day for at least 6 weeks to be included in the trial.

Of the 98 adults included in the analyses, 82.7% were white, 89.8% were not Hispanic or Latino, and 82.7% were never smokers — investigators noted that 86 of the 98 adults were women. Patients reported headaches beginning at an average age of 16 years, with 5 headaches occurring per month, and 26.5% reporting they use migraine prophylaxis medications.

At baseline evaluations, 20% of participants reported that they typically did not consume caffeinated beverages — while 66% reported consuming 1 to 2 servings per day and 12% reported consuming 3 to 4 serving per day. The average amount of servings consumed in a week during the study period was 7.9.

All 98 participants consumed a caffeinated beverage at least once during the study period. A total of 825 headaches were reported during 4467 study days, which amounts to an average of 8.4 headaches per participant.

Investigators noted a statistically significant nonlinear association between the number of caffeinated beverages a participant consumed and the odds of suffering from a migraine headache occurrence on that day (P-quadratic trend = .024). No association was noted between consumption of 1 to 2 caffeinated beverages and the odds of migraine that day, but investigators noted estimated higher odds on days with 3 or more servings.

This study, “Prospective Cohort Study of Caffeinated Beverage Intake as a Potential Trigger of Headaches among Migraineurs,” was published online in The American Journal of Medicine.