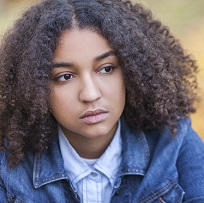 Mental health treatment disparities exist for black and Hispanic children and youth with behavioral and psychiatric problems, according to findings published in the International Journal of Health Services.

Researchers from the Hofstra Northwell School of Medicine in New York as well as Harvard Medical School reviewed racial and ethnic disparities in children’s and young adults’ receipt of mental health and substance abuse care in order to determine psychiatric and behavioral problems common among the population. The researchers used the 2006 to 2012 Medical Expenditure Panel Surveys as their primary source of data.

“It has become increasingly clear that minorities are overrepresented in the criminal justice system and underrepresented in the receipt of mental health care,” researcher Lyndonna Marrast explained in a press release. “We need to look closely at how equitably our health care institutions are serving all segments of society.”

The study results also showed that the largest disparities came among young adults. White youths received about three times more outpatient mental health services in this age group than blacks and Hispanics. For all the white youths that received substance abuse counseling, only about one-seventh of black youths received similar counseling.

There also appeared to be a gender difference among those treated for mental health issues. For groups of children, girls received less mental health care than boys. In youth groups, those rates were reversed: women received more mental health treatments. There were no differences among groups depending on their income and/ or insurance.

“The under-provision of mental health care for minority children contrasts starkly with the high frequency of punitive sanctions that their behaviors elicit,” the authors concluded in the study. “Black children suffer excessive rates of school discipline such as suspensions and expulsions starting at preschool ages. Minority teens also have disproportionate contact with the juvenile justice system, with higher arrest rates for nonviolent, low-level offenses such as drug possession, as well as for non-criminal misbehaviors such as truancy and curfew violations. Youthful transgressions that might result in referral for treatment among non-minority children more often incur criminal sanctions for minorities.

Click here to sign up for more HCPLive® content and updates.
Related Coverage >>>
Neurodegenerative Biomarkers in Cerebrospinal Fluid Not Linked to Narcolepsy
Individual Differences Linked to Antidepressant Response
Jamak Modaresi Esfeh, MD: Finding Hepatic Encephalopathy
You May Also be Interested in
Most Popular
An Unusual Case of Prochlorperazine-Induced Dyskinesia Masquerading as Stroke
Defining and Diagnosing Clinical Depression
Online Mindfulness Therapy Helps Patients with Depression
The Fear of the Coronavirus, and the Reality of the Flu
Depression Linked to All-Cause and Cardiovascular Mortality