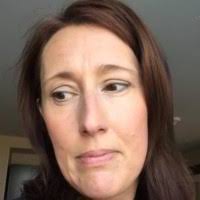 Investigators led by Vanina Popova, MD, medical director of the Janssen Pharmaceutical Companies at Johnson & Johnson, found that the combination of a flexibly dosed esketamine nasal spray, coupled with a newly initiated antidepressant (duloxetine, escitalopram, sertraline or extended-release venlafaxine) was more effective at treating TRD than a placebo spray taken with the newly initiated antidepressant.

The team examined 197 patients with moderate or severe depression over the course of 28 days in a phase 3, double-blind, active-controlled, multicenter study performed at 39 outpatient referral centers and found those using the esketamine with an antidepressant scored significantly higher on the Montgomery-Åsberg Depression Rating Scale (MADRS) than a group using an antidepressant and placebo nasal spray.

In the study, adults with a history of not responding to at least 2 antidepressants during their current episode, with 1 antidepressant assessed prospectively were randomly assigned to the 2 treatment groups.

The group with the esketamine nasal spray was given either 56 or 84 mg twice weekly.

“Current treatment options for treatment-resistant depression have considerable limitations in terms of efficacy and patient acceptability,” the authors wrote. “Esketamine is expected to address an unmet medical need in this population through its novel mechanism of action and rapid onset of antidepressant efficacy.”

The placebo group suffered the 5 most adverse effects of the treatment—dissociation, nausea, vertigo, dysgeusia and dizziness—more than the group using the esketamine nasal spray.

However, 7% of the esketamine group were forced to discontinue participation in the study due to the extreme nature of an adverse event, while only .9% of the placebo group had to leave.

In March, Dan Iosifescu, MD, associate professor of Psychiatry at NYU School of Medicine, director of Clinical Research at Nathan S. Kline Institute for Psychiatric Research, and prominent ketamine investigator, sat down for an interview with MD Magazineâ, to talk about the esketamine nasal spray (Spravato) that was approved by the US Food and Drug Administration (FDA) in February.

Iosifescu explained some of the negatives of using esketamine, as well as its sister drug ketamine.

However, he said these effects often do not last longer than a couple of minutes to an hour after the treatment is administered.

Another potential problem for esketamine users is increased blood pressure and heart rate for a brief period of time, and users should be monitored for about 2 hours after taking, which is why Iosifescu does not recommend taking the medicine at home.

The study, “Efficacy and Safety of Flexibly Dosed Esketamine Nasal Spray Combined With a Newly Initiated Oral Antidepressant in Treatment-Resistant Depression: A Randomized Double-Blind Active-Controlled Study,” was published online in The American Journal of Psychiatry.

Click here to sign up for more HCPLive® content and updates.
Related Coverage >>>
FDA Approves Tau Imaging Agent for Alzheimer Disease
Jelena Kunovac, MD: Aripiprazole Lauroxil to Treat Schizophrenia
Difficulty Initiating Sleep Intervention Could Reduce Depressive Symptoms
You May Also be Interested in
Most Popular
Immunotherapies at the Forefront of COVID-19 Treatment Research
Top 10 Painkillers in the US
The Sad Truth about Bankruptcy
Get Carried Away with Transportation Investing
Online Options for Charitable Shopping