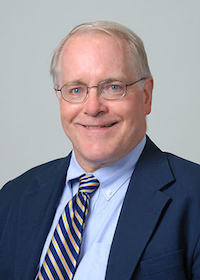 David H. Mattson, MD, PhD
Elevated acrolein levels may be a future diagnostic tool for multiple sclerosis (MS), according to a study published in Frontiers in Neurology.

In both urine and serum in patients with multiple sclerosis, acrolein levels were significantly elevated compared to healthy controls.

Results obtained in patient serum specimens corresponded with results obtained from urine analyses for both the MS group (.065 ± .009 μg/g protein) and the control group (.036 ± .004 μg/g protein), in which MS patients demonstrated a significant elevation compared to control (p < .05).

Investigators noted that they feel these elevations represent augmented levels of immunological/inflammatory activity that preceded motor deficits in the animal model of MS. The possibility exists that elevation of a 3-HPMA could be used as a diagnostic and/or monitoring tool to associate and predict the emergence of MS symptoms.

“What we have so far is very preliminary,” David H. Mattson, MD, PhD, professor of neurology and director of the Neuroimmunology/Multiple Sclerosis (MS) Program at the Indiana University (IU) School of Medicine, told MD Magazine®. “We saw elevated acrolein in patients with MS that the controls did not have.”

Mattson added a more longitudinal study is needed in order to see if they can reproduce the idea that people with MS have elevated levels of acrolein compared to controls. Most importantly, investigators need find out whether the acrolein levels go up during an attack and back down during periods of remission, whether they go up over time with disability, or whether people with higher levels have—on average—worse disability.

“Does this acrolein correlate with attacks?” asked Mattson. “It’s indirect evidence, but still more suggestive that it’s a factor that might be causing some of the damage in MS.”

Although whether acrolein correlates with disease activity is a big “what if,” Mattson noted that it would be helpful since MRI scans are all that is currently available to monitor disease activity, which cannot be performed every week or even every month.

Blood tests that check for elevated acrolein levels in correlation with an exacerbation would be helpful for monitoring the disease since new lesions don’t always have a symptom attached to them. If the acrolein levels are going up, there could be a reason to think that there’s an attack about to happen, or that would help confirm an attack if there is clinical uncertainty.

If the correlation between acrolein levels and MS activity is confirmed, acrolein may also serve as a therapeutic target for pharmacological intervention and treatment evaluation for a novel anti-acrolein therapy strategy in management of MS.

“If it turns out that acrolein is elevated during attacks, and then we think it’s causing part of the damage in attacks, the next question is whether the drugs will reduce the levels, and whether that’s helpful for the MS,” said Mattson.

The study, titled, “Systemic Acrolein Elevations in Mice With Experimental Autoimmune Encephalomyelitis and Patients With Multiple Sclerosis,” was published online in Frontiers in Neurology.