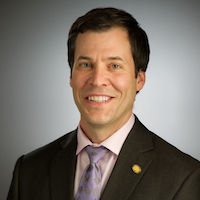 However, in interviews with MD Magazine®, investigators Kartik Ganju, PhD, MSc, BSc, assistant professor of information systems at McGill University, and Corey M. Angst, PhD, MBA, professor at University of Notre Dame, expressed how some ideas circulated through the popular press, like those of the late political columnist Charles Krauthammer, claim physicians are leaving the practice of medicine since the implementation of EHRs are onerous and debilitating.

In effort to test this claim, the trio decided to investigate.

“With the ubiquity of EHRs today and federal policies that mandate adoption, we were surprised at the lack of research that had examined the link between the adoption of these disruptive technologies and physician’s decisions on their careers,” Ganju said. “Further, a number of physicians that we talked to mentioned anecdotal accounts of physicians they know leaving medicine due to EHR systems which further piqued our curiosity if IT can lead to the departure of doctors from hospitals.”

Echoing Ganju, Angst mentioned back in the mid-2000s, when conducting focus groups, he also heard anecdotes from physicians—often older physicians—saying they were trying to get in just a few more years before the mandates implementing EHRs took hold, with several claiming EHRs and ePrescribing were “pushing them into retirement.”

In discussing the conflicting characteristics of EHRs with MD Magazine®, principal investigator Brad N. Greenwood, PhD, MBA, MIT, BS, associate professor at University of Minnesota’s Carlson School of Management, noted that physicians are the greatest asset to a healthcare system. Therefore, it’d be reasonable for administrators to only invest in technology that would improve the productivity of physicians and elongate their careers.

“On the other hand, we know that enterprise technologies (like EHR) are very disruptive to the organization, and the people in it,” Greenwood conceded. “As a result, and given the amount of agency physicians have from labor shortages, it's possible that physicians might leave the hospital when faced with learning these new systems.”

Attempting to further close this disparity of benefits and hindrances surrounding EHRs, Greenwood and his team examined how providers reacted to the increasing presence of EHRs within their organizations, and whether their increased implementation affected their decision to continue practicing at their current hospital.

Upon assessing data from 12,966 physicians across 304 hospitals in Florida between 2000 and 2010, investigators found that implementation of basic EHRs made physicians significantly less likely to exit their organization, translating to a 6.77% increase in the retention rate of physicians per year.

Conversely, investigators found implementation of advanced EHRs caused a significant acceleration of physician departure, translating to a 6.94% increase in the rate of physician departures per year.
Greenwood also highlighted 4 additional takeaways from the study: The findings proved use in understanding the competing effects of EHR systems, Ganju said.

“On the one hand, the systems may provide complementarities to physicians,” he noted. “On the other, the technologies are extremely disruptive.”

As more technology is implemented in healthcare, physicians will have to continually balance the potential benefits that these technologies will bring with potential disruptions, Ganju noted.

Administrators will also need to be sensitive to the possibility that physicians may resent these disruptions and instead elect to depart their hospitals on the implementation of disruptive technologies. Though the dissatisfaction surrounding EHRs are evidential to Angst, he noted that some doctors have said it would be nearly impossible for them to go back to the “old way” of data logging.

Angst also noted the importance of study’s time period, which ends in 2010. Since then, EHRs faced glacial rates of mandate from regulators, and an entirely new workforce of medical students entered the field, having been trained on EHRs.

Looking forward, the team plans to further identify other factors that may drive physicians out of the practice of medicine and figure out how to decrease the level of disruption new technologies will likely cause (e.g. telemedicine, AI in diagnostics). Angst believes they may learn through follow-up analysis whether the various EHR vendors have a role in physician departures.

The study, "How Does the Implementation of Enterprise Information Systems Affect a Professional’s Mobility? An Empirical Study," was published online in the Social Sciences Research Network.

Click here to sign up for more HCPLive® content and updates.
Related Coverage >>>
Is an Immediate Annuity for You?
Investigators Test Combination Therapies for First-Episode Psychosis in Adolescents
Kenneth Koblan, PhD: Gaps in Treatment for Bipolar Depression
You May Also be Interested in
Most Popular
Denise Daley, PhD: Early Asthma Interventions for Infants
GLP-1 Receptor Agonists and SGLT2 Inhibitors Among the Hottest Advances in the Field of Anti-Hyperglycemia
Acute Kidney Failure Is More Prevalent Among African-Americans
Should Women Age 65 and Older Be on Hormone Therapy?
Top 10 Painkillers in the US