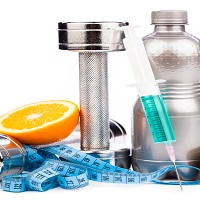 Exposure to electromagnetic fields had been recently found to reduce the amount of testosterone men produce, potentially reducing their fertility.

A study team from Zhejiang University compared 77 men who work at a power plant that generates electricity with 77 controls with low occupational exposure to electromagnetic fields.

The 2 groups were matched not only by age, but also on the basis of a wide range of demographic and lifestyle metrics that researchers gauged by means of a standardized questionnaire.

The researchers then analyzed how each of the power plant workers used electronic devices in private life, and they found still more evidence of the effects of electromagnetic fields. Higher mobile phone fees, more years of mobile phone usage, and higher home electric bills were all found to have significant effects on testosterone levels and testosterone-to-estradiol ratios.

“No significant associations of electromagnetic field exposure with inflammatory pathway biomarkers were found,” the study authors wrote in the International Archives of Occupational and Environmental Health.

“The findings showed that chronic exposure to electromagnetic fields could decrease male plasma testosterone and testosterone-to-estradiol ratio, and it might possibly affect reproductive functions in males,” they concluded.

The results of the new study added weight to concerns that increasing exposure to electromagnetic fields constitutes a major health risk for men, but the assertion remains controversial.
A large number of studies have attempted to measure the effects of both high-frequency and low-frequency electromagnetic radiation on humans and animals. The results, so far, had been highly mixed.

An Egyptian study published by Clinical Biochemistry in 2012, followed volunteers for 6 years and concluded that use of personal mobile phones or prolonged proximity to mobile phone base stations reduced levels of testosterone, cortisol, and adrenocorticotropic hormone.

A French study published by Radiation Research in 2007, on the other hand, compared blood samples before and after 20 healthy male volunteers undertook a 4-week period of relatively intense mobile phone usage and found that the effort did not have any significant impact on their levels of cortisol, testosterone, thyroid-stimulating hormone, growth hormone, prolactin, or adrenocorticotropin. (The 2 hours of usage per day that constituted intense usage before the rise of the smartphone probably does not qualify as “intense” today.)

A Danish study published by Reproductive Toxicology in 2012, moreover, measured the effects of magnetic resonance imaging on 24 healthy male volunteers and found that it had no impact on sex hormone levels, either immediately after a procedure or 11 days after its completion.

Studies on animals have been similarly inconclusive. Some have found that electromagnetic radiation has dramatic effects on male sex hormones. Others have found no impact.