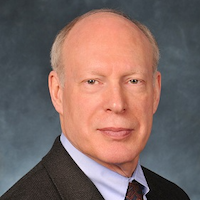 Abnormal bleeding is 1 of the most common indications of uterine fibroids and hysterectomy in the US, lead investigator William Schlaff, MD, a reproductive endocrinology and infertility physician at Jefferson University, told HCPLive® in an interview. The oral dose of elagolix with hormonal add-back therapy had a better effect than injectable medications.

Schlaff and colleagues from academic medical institutions across the US conducted 2 identical, double-blind, randomized, placebo-controlled, six-month phase 3 trials—Elaris uterine fibroids 1 (UF-1) and 2 (UF-2). The investigators evaluated the safety and efficacy of elagolix at a dose of 300 mg 2 times a day with hormonal add-back therapy in women with bleeding due to fibroids.

UF-1 and UF-2 each consisted of a 2.5–3.5 month screening period, a six-month treatment period, and a twelve-month follow-up period. The investigators randomly assigned the women to either receive a 300 mg dose of elagolix with add-back therapy (estradiol, 1 mg, and norethindrone acetate, .5 mg, once daily) twice a day, a 300 mg dose of elagolix alone twice daily, or placebo in a matched, double-blind, double-dummy manner.

Eligible women were premenopausal, between 18–51 years old at the time of screening, and had ultrasonography-confirmed uterine fibroids and heavy menstrual bleeding diagnoses.

Women reported their symptoms over the previous 4 weeks on the Uterine Fibroid Symptom and Quality of Life questionnaire. The questionnaire included a symptom severity score (0–100; higher scores indicated increased severity) and a health-related quality-of-life total score, which was the sum of scores on 6 subscales—concern, activities, energy and mood, control, self-consciousness, and sexual function. The scores ranged from 0–100, with higher scores associated with a better quality of life.

Oral therapies, rather than injectables, have more rapid onset and are easier to stop, Schlaff said. Injectables last for a longer time—1 or 3 months—and then gradually go away. With an oral medication taken 2 times a day, there is more control by the patient.

“Having a medical therapy that is rapid onset produced significant improvement in bleeding patterns and quality of life without loss of bone and with very mild or modest increase in side effects,” he said.

Findings of an extension study will soon be presented. In the analysis, the investigators extended the treatment to 12 months rather than 6 to see if the treatment can help for up to a year. Other aspects of the analysis related to the effect of medications on symptoms other than heavy bleeding.

The study, “Elagolix for Heavy Menstrual Bleeding in Women with Uterine Fibroids,” was published online in The New England Journal of Medicine.

Click here to sign up for more HCPLive® content and updates.
Related Coverage >>>
Study Examines Impact of Menopause Onset on Cardiovascular Risk Factors
ACR Releases First Guidelines for Reproductive Health in Rheumatic Diseases
Young Mothers Face More Mental Health Hurdles
You May Also be Interested in
Most Popular
The Fear of the Coronavirus, and the Reality of the Flu
Magic Johnson Celebrates Life 25 Years After HIV Diagnosis
Bempedoic Acid and Ezetimibe Combination Approved by FDA for Lowering LDL-C
Diabetes, Severe Obesity Increases Risk of Offspring Psychiatric Disorders
Top 10 Painkillers in the US