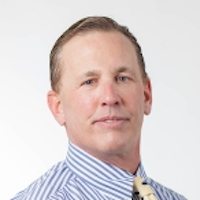 Electronic health records (EHRs) fail to detect up to 1 in 3 potentially harmful drug interactions and other medication errors.

The findings from David Classen, MD, and colleagues highlighted potentially life-threatening flaws to a technology system commonly used in hospitals nationwide. In fact, the team found the systems consistently failed to detect errors that could injure or kill patients. Wide variation in the safety performance of such systems remains across a large sample of hospitals and EHR vendors.

Classen and the investigators designed a computerized physician order entry EHR evaluation tool to collect data from a sample of hospitals over a 10-year period. They aimed to evaluate the progress of the overall safety performance of EHRs to prevent potential adverse drug events. The team also assessed hospital EHR safety performance for specific subcategories of potential adverse drug events and examined the associations of EHR vendor with the safety performance of the Leapfrog computerized physician order entry (CPOE) EHR evaluation tool.

The CPOE tool was designed by the investigators and included as part of the annual Leapfrog Hospital Survey—a free, annual survey given to hospitals across the US. The tool was a simulation and used real-world test patients and medication orders to mimic the experience of a physician writing an order for actual patients to evaluate the safety performance of the EHR.

The sample included hospitals that took the survey, including the evaluation tool, in at least 1 year from 2009-2018. If the hospital took it >1 time in a single year, the team kept the highest overall scoring test.

The overall sample included data from 2314 hospitals with at least 1 year of test results, totaling 8657 unique hospital-year observations. A majority of the observations were from medium-sized hospitals with 100-399 beds (51.2%), followed by large-sized (31.5%) and small hospitals (17.3%).

There were 30 different EHRs used across the hospitals, of which, 8 had >100 observations and were kept distinctly identified as vendors A-H. Vendor A was the largest and had the highest overall score (67.4%) for the overall period.

Overall, in 2009, EHRs correctly issued warnings or alerts about potential medication problems 54% of the time. In 2018, EHRs detected about 66% of the errors.

“These systems meet the most basic safety standards less than 70% of the time,” Classen and the team concluded. “These systems have only modestly increased their safety during a 10-year period, leaving critical deficiencies in these systems to detect and prevent critical safety issues.”

The study, “National Trends in the Safety Performance of Electronic Health Record Systems From 2009 to 2018,” was published online in JAMA Network Open.

Click here to sign up for more HCPLive® content and updates.
Related Coverage >>>
Insufficient Data to Accurately Monitor Most At-Risk Communities for Flu
Banafsheh Kashani, MD: Telemedicine for Women's Health During COVID-19
Scheduled Follow-Ups May Not Be Necessary for Pediatric Bronchiolitis
You May Also be Interested in
Most Popular
Safety Concerns With Biologics During the COVID-19 Pandemic
Denise Daley, PhD: Early Asthma Interventions for Infants
There Might Be Too Much Emphasis on Risk Factors for Hepatitis C Screening
Visual Impairment, Dementia Are Detrimental to Independence of Older Adults
Epilepsy Drug May Protect Against Optic Neuritis in Multiple Sclerosis