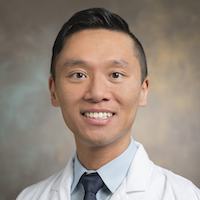 Patients with behavioral disorders who were physically restrained in the emergency department reported distrust in the healthcare system and psychological distress.

New clinical findings highlighted that patient-centered approaches might be needed in the emergency department to minimize harm and decrease negative consequences associated with being physically restrained. It also showed patients reported a desire for more compassionate and therapeutic engagement during their visits.

Ambrose Wong, MD, MSEd, and colleagues interviewed 25 adults who were physically restrained during an emergency department visit. The investigators found 3 major themes from the interviews: harmful experiences of restraint use and care provision; diverse and complex personal contexts affecting visits to the emergency department; and challenges in resolving their experiences which resulted in worsened well-being.

Qualified participants included adult patients at least 18 years old who were restrained during a visit at 1 of 2 emergency departments in a city in the Northeast. Patients had a range of chief concerns and socioeconomic backgrounds.

Interview questions were developed based on patients’ experiences of coercion and triangulation with perceived perspectives from data of emergency department workers regarding restraint use. The guide included participant experiences in the emergency department, associated health conditions, reflections on restraint episodes, and consequences on health outlook and interactions with healthcare. A trained member of the investigative team conducted the interviews, each of which lasted 40–60 minutes.

A majority of the patients (22 [88%]) reported a combination of mental illness and/or substance use as a factor contributing to their restraint and experience.

Patients reported loss of freedom and dignity associated with dehumanization, loss of self-determination, and mistreatment. They recalled being treated like an animal and being handled roughly—verbally and physically—by staff members.

“The lady who told me to shut up, 1 of the nurses, she pushed my face…” one patient said. “I say, ‘I can’t breathe; you’re hurting my neck. Let me go. You people are hateful the way you treat me.’ After I was tied up, she just gave me the finger.”

Many patients also reported feeling confused, frustrated, isolated, and worried. Others also felt the staff did not care about them or were shunning them and didn’t feel like they were being heard or acknowledged.

“After all the times I’ve been restrained in the emergency room, it makes my PTSD and anxiety worse,” a participant said. “My provider increases my anxiety medication for a few days until I can adjust to being back outside and get it out of my mind.”

Patients also reported the desire for personal freedom and to maintain free will. Others understood why their caregiver restrained them.

“The staff has my best interest at heart,” a patient said. “They’re trying to do the best they can, but it if happens once, twice, that’s a different story.”

Physical restraints are a last-resort effort in emergency departments when danger to the staff, visitors, or the patient is imminent, Angela Simpson, BS(N), RN, founder and national director of the Silent No More Foundation, said in an interview with HCPLive®.

Preventing escalation is the main goal of healthcare providers, but sometimes it is not enough, she said. Patients can feel unheard or struggle with processing a diagnosis.

“In the case when restraints might be more likely, something about the patient’s illness leads them to confusion, anger outbursts, and/or anxiety that is so severe that it becomes plainly obvious there will be no way to de-escalate or prevent violence from occurring," Simpson said. "To be the staff member standing in front of that patient is terrifying.”

Before physical restraints, chemical restraints like sedatives or antipsychotics are often the second-to-last line of defense. A delay in the sedatives, however, might require the physical restraints—a decision which involves a team of staff members, including security, nurses, physicians, and anyone available and qualified to help. After the patient is physically restrained, they are given sedatives if they did not already have.

Ultimately, though, violence is at an all-time high in healthcare, Simpson said. Healthcare providers are assaulted, raped, and even murdered.

“Restraint becomes our last line of defense knowing how high these stakes are,” she said. “The very last thing we ever want is to restrain a patient, but when the situation warrants it, it’s to prevent tragedy and injury to the patient and us.”

More patient-centered approaches to agitation management could help foster a stronger relationship between the provider and patient, the investigators concluded. Better behavioral care processes and agitation-reduction techniques should also be developed to reduce coercion.

The study, “Experience of Individuals Who Were Physically Restrained in the Emergency Department,” was published online in JAMA Network Open.

Click here to sign up for more HCPLive® content and updates.
Related Coverage >>>
Individual Differences Linked to Antidepressant Response
Jamak Modaresi Esfeh, MD: Finding Hepatic Encephalopathy
Machine Learning Improves Schizophrenia Treatment Success
You May Also be Interested in
Most Popular
The Fear of the Coronavirus, and the Reality of the Flu
Top 10 Painkillers in the US
MDNN: CVS Health Buys Aetna, D-cycloserine for Tuberculosis, Unsafe Abortions, and Childhood Obesity
The Art of HANDOFFS: A Mnemonic for Teaching the Safe Transfer of Critical Patient Information
Bempedoic Acid and Ezetimibe Combination Approved by FDA for Lowering LDL-C