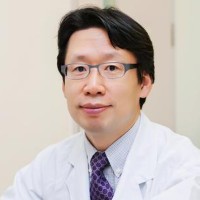 A new multicenter trial is challenging the notion and guidelines suggesting that waiting until patients are symptomatic before surgical intervention may not be the best approach for treating aortic stenosis.

Results of the trial, which analyzed more than 100 patients who underwent surgical aortic valve replacement surgeries between 2010 and 2015, suggest early surgical intervention before patients become symptomatic could improve outcomes and reduce risk of death.

To assess the impact of timing and indications for surgical interventions in asymptomatic patients with severe aortic stenosis, investigators conducted a randomized, parallel-group, open-label trial examining patients from 4 medical centers in Korea. A total of 145 patients were included in the trial and were randomized to a conservative approach or receive surgery within 2 months of randomization.

All 145 patients included in the study had a diagnosis of severe aortic stenosis, which was defined as an aortic-valve area of 0.75 cm2 or less with either an aortic jet velocity of 4.5 m per second or greater or a mean transaortic gradient of less than 50 mmHg. Additional inclusion criteria included having a left ventricular ejection fraction less than 50%, a diagnosis of cancer, mitral valve disease, presence of severe aortic regurgitation, and patients could not exceed 80 years of age, among others.

The primary end point of the trial was a composite of operative mortality or death from cardiovascular causes during a minimum 4 year follow-up period. Secondary end points included death from any cause, report aortic-valve surgery, clinical thromboembolic events, and hospitalization for heart failure. Investigators hypothesized patients randomized to the surgery group would have lower rates of death from cardiovascular causes compared to those in the conservative group.

Upon randomization, a total of 73 patients were included in the early surgery group and 72 were randomized to a conservative care strategy. Baseline characteristics were similar between both arms of the study and the mean age of the population was 64.2±9.4 years and 49% were men. The most common cause of aortic stenosis was a bicuspid aortic valve(61%), followed by degenerative valvular disease(33%), and rheumatic valvular disease(6%).

Of the 73 patients randomized to the early surgery group, 69 underwent the procedure within 2 months of randomization and investigators observed no cases of operative mortality. In the intention-to-treat analysis, the study’s primary endpoint occurred in 1 patient in the early-surgery group compared to 11 of 72 (15%) patients in the conservative arm (HR 0.09; 95% CI, 0.01 to 0.67; P=0.003).

In a related editorial, penned by Patrizio Lancellotti, MD, PhD, and Mani  Vannan, MB, BS, authors wrote the results of the current study raise a plethora of questions and warrant further study to assess the safety and efficacy of early interventions.

“So, although the trial by Kang et al. has certainly emphasized the challenge of ascertaining valve-related symptoms in the real world, direct extension of these results to patients with asymptomatic severe aortic stenosis cannot be made at this time,” Lancellotti and Vannan wrote, “We will have to await the results of large, randomized studies of early TAVR in patients with asymptomatic severe aortic stenosis for further guidance.”

This study, titled “Early Surgery or Conservative Care for Asymptomatic Aortic Stenosis,” was published in the New England Journal of Medicine.