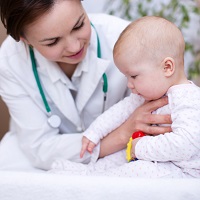 A recent study has found that preterm and early-term births could be a risk factor for the development of ischemic heart disease (IHD) in adulthood.

After examining more than 2 million patients with up to 43 years of medical records, investigators found that those born preterm and early-term had higher incidence rates of IHD than full term births.

Investigators from the Icahn School of Medicine at Mount Sinai used the Swedish Birth Registry to identify 2,242,967 singleton live births in Sweden from 1973 to 1994. Due to inclusion criteria, a total of 2,141,709 (95.5%) were included within the study.

The population was categorized into 5 groups based on gestational age at birth. The groups were defined as early preterm (less than 34 weeks), late preterm (34 to 36 weeks), early term (37 to 38 weeks), full term (39 to 41 weeks), and postterm (42 weeks or more). The full term group was used as the reference group.

Investigators followed up for the earliest diagnosis, per ICD codes, for IHD through 2015. Additionally, Cox proportional hazards regressions were used to compute hazard ratios and 95% confidence intervals for associations between gestational age at birth and incident IHD between the ages of 18 and 43.

Within their conclusion, the study authors wrote that their findings suggest preterm and early term birth are risk factors for development of IHD. Additionally, they feel that persons born prematurely need long-term follow-up and early preventive actions to reduce the risk of developing IHD.

In a related commentary published on JAMA Pediatrics, Adrien Flahault, MD, PHD, and colleagues at CHU Sainte-Justine in Canada wrote that the study highlights the need to treat adults born preterm as an at-risk population for cardiovascular disease — even if not recognized as an indication for screening by the American Heart Association or American Diabetes Association.

This study, titled “Association of Preterm Birth With Risk of Ischemic Heart Disease in Adulthood,” was published in JAMA Pediatrics.

Click here to sign up for more HCPLive® content and updates.
Related Coverage >>>
Baloxavir Effective in Preventing Spread of Flu
Childhood Sleep Issues Foreshadow Psychosis, Borderline Personality Disorder
Inadequate Sleep Impacts Children's Emotional Health
You May Also be Interested in
Most Popular
Denise Daley, PhD: Early Asthma Interventions for Infants
View From the Trenches: Does Patient Portal Data Entry Work?
E-patients: What You Need to Know and How You Can Help Them
Top 10 Painkillers in the US
Banafsheh Kashani, MD: Telemedicine for Women's Health During COVID-19