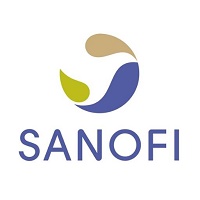 The first biologic treatment for atopic dermatitis is now being considered as a drug for a chronic inflammatory esophagus disease.

Dupilumab has returned positive results from phase 2 trials testing the monoclonal antibody’s efficacy in adults with active moderate-to-severe eosinophilic esophagitis, according to Sanofi and Regeneron Pharmaceuticals. The treatment is current marketed as Dupixent, after having received US Food and Drug Administration (FDA) approval for treating moderate-to-severe atopic dermatitis in March.

Eosinophilic esophagitis is a condition generally brought on by food allergies that impedes the esophagus from working properly, and can lead to difficulties swallowing and food impaction. It’s considered to be rapidly increasing in incidence due to the increase of allergic diseases in the population.

The IL-4/IL-13 pathway has been noted in research to play an important role in allergic or Type 2 inflammations. Dupilumab inhibits IL-4/IL-13 signaling, and is additionally under clinical investigation for asthma and nasal polyps.

Researchers sought to track change in the Straumann Dysphagia Instrument (SDI) score — a patient-measured swallowing difficulty score on a 0-9 scale — from baseline to week 10. At week 10, the 300 mg treatment group had reported a 3-point reduction in their mean SDI score (45% improvement), versus the placebo group’s 1.3-point reduction (19% improvement).

The primary positive results bode well for the potential therapy. There are currently no FDA-approved treatments for eosinophilic esophagitis, Ikuo Hirano, MD, professor of medicine at Northwestern University Feinberg School of Medicine, said.

“Clinical manifestations of eosinophilic esophagitis in adults include difficulty swallowing and food impaction, which are consequences of pathological structural changes to the esophagus,” Hirano said. “Natural history studies have demonstrated an association between duration of untreated disease and the development of these esophageal changes."

Though its capable of completely blocking the esophagus or damaging it through food impaction, moderate-to-severe eosinophilic esophagitis has limited treatment options. Modified diets, corticosteroids and invasive therapy are considered common methods of treatment.

The promise of dupilumab’s phase 2 results bodes to its potential as a reserving agent of Type 2 inflammation in eosinophilic esophagitis, researchers added. Eosinophilis may be a biomarker for broader allergic or Type 2 esophagus inflammation, and dupilumab’s symptomatic improvement of the condition indicates to that broader range of treatment.

Dupilumab is still under clinical development for safety and efficacy trials for eosinophilic esophagitis. It does bode well, however, that it had received FDA Orphan Drug Designation as a possible treatment to a condition affected fewer than 200,000 people in the US.

Click here to sign up for more HCPLive® content and updates.
Related Coverage >>>
Polygenic Risk Score Could Better Predict Severe COPD Risk
Scheduled Follow-Ups May Not Be Necessary for Pediatric Bronchiolitis
Very Early Spring Onset Associated With Asthma-Related Hospital Admissions
You May Also be Interested in
Most Popular
Denise Daley, PhD: Early Asthma Interventions for Infants
Mindfulness-Based Stress Reduction and Benefits in Overweight Women
Visual Impairment, Dementia Are Detrimental to Independence of Older Adults
What Should I Do With This Abnormal ALT?
Most Common Drug Ingredient in the US Kills Emotions