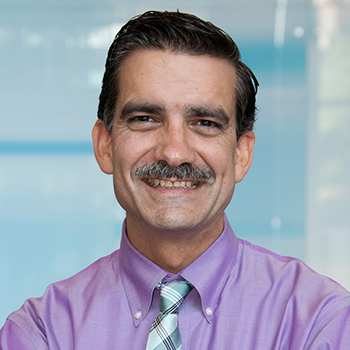 Add-on dupilumab (Dupixent) showed symptomatic benefit for patients with both early-onset and later-onset uncontrolled asthma, according to new findings from the LIBERTY ASTHMA QUEST trial.

In new trial data presented at the CHEST 2019 Annual Meeting in New Orleans, the interleukin 4 and 13 (IL-4; IL-13) targeting monoclonal antibody showed an associated reduction of severe exacerbations and improved lung function in patients with patients both 40 years and younger (early-onset asthma), and older than 40 years (late-onset asthma).

The subgroup assessment of the LIBERTY ASTHMA QUEST study, which observed dupilumab 200 mg or 300 mg as an add-on therapy taken every 2 weeks versus placebo, determined both younger and older patients with asthma can benefit from the biologic.

Investigators, led by Mario Castro, MD, analyzed the annualized rates of severe exacerbations among observed patients during the 52-week treatment period in the phase 3 study. The team used negative binomial regression models, as well as change from baseline in pre-bronchodilator forced expiratory volume at 1 second (FEV1) at weeks 12 and 52, to achieve understanding how dupilumab treats exacerbation rates and lung function among severe asthma patients.

Investigators observed maintained improvements in pre-bronchodilator FEV1 at 52 weeks (P <.05). The most common frequent adverse event was injection site reaction, occuring in 1%% and 5% of the treated patient groups.

The team concluded dupilumab reduced severe exacerbations and improved lung function in patients with uncontrolled, moderate-to-severe early-onset and late-onset asthma. The drug was generally well tolerated, and was associated with a numerically greater rate of severe exacerbation reductions among late-onset patients.

The subgroup LIBERTY ASTHMA QUEST findings come in the same year as another assessment which showed patients both with and without comorbid allergic rhinitis—a common accompanying condition for patients with type 2 inflammation asthma—also reported reductions in severe asthma exacerbations and improved lung function.

In an interview with MD Magazine® while at CHEST 2019, Monica Kraft, MD, Department of Medicine chair at the University of Arizona College of Medicine – Tucson, highlighted the growing benefit of add-on biologic therapy designed to target the key pathways of allergic asthma.

“I think it's a great time to be in the asthma care arena, because you have choices for patients we didn't have before,” Kraft said. “We still have work to do. You know, we're not done. This whole non-type 2 asthma is a big unmet need.”

The study, “Dupilumab Reduces Severe Asthma Exacerbation Rate and Improves Lung Function Regardless of Age at Onset of Asthma: The LIBERTY ASTHMA QUEST Study,” was presented at CHEST 2019.

Click here to sign up for more HCPLive® content and updates.
Related Coverage >>>
Polygenic Risk Score Could Better Predict Severe COPD Risk
Scheduled Follow-Ups May Not Be Necessary for Pediatric Bronchiolitis
Very Early Spring Onset Associated With Asthma-Related Hospital Admissions
You May Also be Interested in
Most Popular
Denise Daley, PhD: Early Asthma Interventions for Infants
Visual Impairment, Dementia Are Detrimental to Independence of Older Adults
Top 10 Painkillers in the US
When to Suspect Diarrhea is Symptom of a Clostridium Difficile
Flu Cases Near 30 Million in the US, CDC Reports