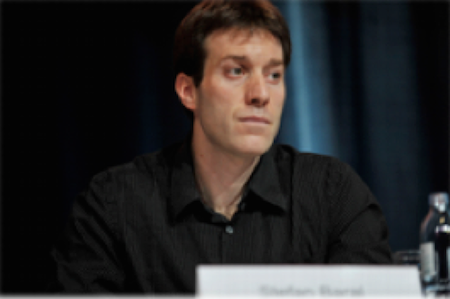 Approximately 1-7 million people, or 13% of those living with HIV, are users of illegal, injectable drugs, according to recent study. That connection has hampered HIV prevention and treatment because of laws that criminalize drug abuse.

“We must understand that punitive laws have neither decreased the supply or use of drugs and have cause adverse health outcomes. The current approach is not working,” the lead author of the study, Stefan Baral MD, MPH (pictured), an associate professor epidemiology at the John Hopkins University Bloomberg School of Public Health, said in a press release. “People have addiction and they have nowhere to turn. They are getting HIV and hepatitis C because they are sharing dirty needles. They end up in jail or the emergency room or worse. We are at a turning point with the massive increase in the number of people using opioids and there seems to be no end in sight.”

Baral and his co-authors analyzed 106 studies published between January 2006 and December 2014 on the criminalization of drug abuse. Baral’s team found that 80% of the studies indicated criminalization led to worse health outcomes for drug users and a negative impact on their communities.  The evidence that criminal penalties reduce drug abuse “is weak at best,” Baral said in the same press release.

The study noted that the connection between injection drugs and HIV is huge and potentially will grow. The United Nations Program on HIV/AIDS, for instance, has reported that in Eastern Europe and central Asia 51% of new HIV cases occur among people who inject illegal drugs.

Baral suggested that the 2015 HIV epidemic in Indiana could partially be attributed to heroin users’ dirty needle sharing. Exchanges to obtain clean needles are among the needed HIV prevention programs, he said.

The risk of arrest and going to jail is one barrier that blocks injection drug abusers from pursing treatment and an estimated 56 to 90% of people who use injection drugs will be behind bars at some time in their lives. The release, issued by Johns Hopkins, alluded to a possible increase in that statistic by the recent announcement by US Attorney General Jeff Sessions calling for prosecutors to pursue the toughest penalties possible for drug crimes.

Achieving the UNAIDS goal of diagnosing 90% of the people living with HIV, treating 90% of those who are diagnosed, and hoping the 90% of those diagnosed would achieve viral suppression by 2020, will be difficult without decriminalization, the study suggested. Several international HIV/AIDS organizations already have backed changing policies that criminalize drug use, the study reported. The Global Commission on HIV and the Law and the Global Commission on Drug Policy are among them.

“In conclusion, we found that the available evidence consistently suggests that the use of criminalization of drug use has negative effects on HIV prevention and treatment among PWID [people who inject drugs],” the study said. “This evidence base provides clear support for moving away from the use of criminalization as a strategy to try to limit the harms of drug use.”

The co-authors wrote that the study was the first “systematic review” on the influences of the laws prohibiting drug abuse on efforts to provide HIV prevention and treatment.

HIV and the criminalization of drug use among people who inject drugs: a systematic review, published online May 14, Lancet HIV.

A press release was provided by Johns Hopkins.

HIV in Prison: How Inmates and Partners Are at Risk

Click here to sign up for more HCPLive® content and updates.
Related Coverage >>>
Vaping Guidance Aids Respiratory Disease Screening and Care
Study Contradicts ACC/AHA Recommendation of Chlorthalidone for Hypertension
Implementing Price Transparency Tools at Ambulatory Care Centers
You May Also be Interested in
Most Popular
The Fear of the Coronavirus, and the Reality of the Flu
Clinical Implications of Using Voxelotor To Treat Sickle Cell Disease
Plant-Based Diet Linked to Improved Gut Microbiome, Cardiovascular Health
MOA of Voxelotor and the Effect of Oxygen on Brain Tissue
SUSTAIN Trial: Crizanlizumab in Reducing Painful Crisis