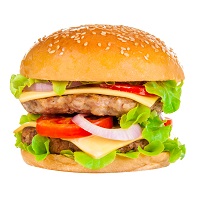 Devoted soda drinkers began to lose their minds when an infographic outlining the harmful effects a single can of Coca-Cola has on the body in one hour began circulating the Internet. Now a new infographic has revealed what a Big Mac from McDonald’s can do to the body in the same amount of time.

In June 2015, the Food and Drug Administration (FDA) announced that manufacturers have three years to rid their products of partially hydrogenated oils (PHOs) – the main dietary source in trans fat – and can be found in Big Macs. It may not seem that farfetched that a Big Mac from the popular fast food chain isn’t great, or even good for that matter, for your body. After all, the “generous dollop of sauce” on each burger has over 30 ingredients just by itself, including high fructose corn syrup and soybean oil.

The website Now Fast Food Menu, which typically assesses nutritional information at different eateries, created an infographic that details the “serious harm” that a Big Mac can cause in just 60 minutes.