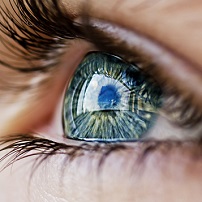 To determine visual acuity, retinal thickness, and patient-reported outcomes four and 12 months after initiation of treatment with ranibizumab (Lucentis/Roche) for visual impairment from diabetic macular edema (DME), researchers did a cross-sectional study of 58 patients at two Swedish eye clinics. All patients initially received three monthly injections of Lucentis and additional monthly injections of Lucentis as needed.

As a result, in the study group as a whole at the 4-month follow-up visit, the researchers found a statistically significant improvement in visual acuity and reduction in retinal thickness, which both persisted at the 12-month follow-up visit. And the five-letter improvement in visual acuity found after 12 months was also clinically significant in that it would be perceptible by the patient.

However, visual acuity improved significantly in only 30 of 58 patients (52%). These 30 patients also had statistically significant improvement in scores on several subscales of the questionnaire, including general health, general vision, near activities, and distance activities, as well as in the composite score. In contrast, the researchers found no significant changes in questionnaire scores in the group of patients in whom visual acuity did not improve.

Visual acuity decreased in 8 patients (14%). Compared with the rest of the group with no improvement in visual acuity, those who had a decrease in visual acuity were older (mean age 72.5 ± 5.4 years) and had a higher mean HbA1c level and slightly greater mean retinal thickness at baseline. This group also had the greatest decrease from baseline to final follow-up in HbA1c levels: from 8.8% to 8.1%. According to the researchers, these findings suggest that a rapid decrease from a high baseline HbA1c level may reduce the beneficial effects of Lucentis treatment.

These results contrast with those of the RIDE/RISE study, which reported that HbA1c levels at baseline did not affect treatment outcomes. However, the Swedish researchers noted that, in large clinical studies such as RIDE/RISE, good glycemic control is an inclusion criterion, whereas in routine clinical practice, patients treated with Lucentis may have poorly controlled diabetes and thus a high HbA1c level.

Click here to sign up for more MD Magazine content and updates.
Related Coverage >>>
FDA Approves Semaglutide Injection for Cardiovascular Risk Reduction
Low Fat, Mediterranean Diets Linked to Low Testosterone in Men
Common Diabetes Medication Could Prevent Miscarriages
You May Also be Interested in
Most Popular
Real-World Challenges to Prescribing Sacubitril/Valsartan for Patients with Heart Failure
Virtual Physical Therapy Shows Promise Following Knee Surgery
Top 10 Painkillers in the US
Brokers and the Affluent
How Many Pills Do Your Elderly Patients Take Each Day?