Doxycycline No Better Than Placebo At Reducing Aortic Aneurysm Growth 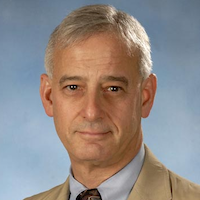 In an analysis comparing doxycycline with placebo among patients with small infrarenal abdominal aortic aneurysms, the treatment did not significantly reduce growth after 2 years.

The findings by a team of investigators at the University of Maryland School of Medicine could lead physicians to stop prescribing the drug to prevent small aneurysms from growing larger and bursting.

“This study provides strong evidence that doxycycline is of no benefit for patients with small abdominal aortic aneurysms in terms of preventing their growth,” Michael Terrin, MDCM, MPH, said in a statement. “Healthcare providers should take note of the finding and stop using this as prophylactic treatment.”

The team tested whether the drug would reduce the growth of the aneurysm as measured by maximum transverse diameter. They conducted a parallel, two-group, randomized clinical trial at 22 US clinical centers between May 2013-January 2017. The investigators randomized patients >50 years old with small infrarenal aneurysms (3.5-5 m for men and 3.5-4.5 cm for women).

Patients included either received 100 mg orally of doxycycline twice daily for 2 years (133 patients) or placebo (128 patients). Each patient went to a follow-up visit every 3 months for prescription renewal and evaluation. During the visit, abdominal and pelvic CT scans were taken. Peripheral blood was obtained at enrollment and every 6 months after.

The primary outcome was based on the maximum transverse diameter at follow-up after 2 years. Each patient was assigned a rank based on the maximum diameter of the aorta and if they underwent repair or died. Ranks were converted to scored having a normal distribution to facilitate the analysis (normal scores).

Among the final sample included 129 patients assigned to doxycycline and 125 to placebo (mean age, 71 years old, 35 women). The normal scores used were based on the maximum transverse diameter in 113 patients (88%) in the doxycycline group and 112 patients (90%) in the placebo group. There was aneurysm repair in 10% and 7% of the groups, respectively, and death in 2% and 3%.

For the primary outcome of normal scores reflecting the change in aortic diameter, there was no significant difference between the 2 groups. The mean change in normal scores was .0262vs -.0258 (1-sided P=.71).

Abdominal aortic aneurysms can cause fatal internal bleeding if they grow large enough to burst. Physicians typically monitor the growth of the aneurysm and sometimes choose to prescribed doxycycline to forestall surgery in higher-risk patients.

The study, “Effect of Doxycycline on Aneurysm Growth Among Patients With Small Infrarenal Abdominal Aortic Aneurysms,” was published online in JAMA Network.

Click here to sign up for more HCPLive® content and updates.
Related Coverage >>>
Is an Immediate Annuity for You?
Investigators Test Combination Therapies for First-Episode Psychosis in Adolescents
Epicutaneous Immunotherapy Effective for Peanut Allergy in Children
You May Also be Interested in
Most Popular
Baloxavir Effective in Preventing Spread of Flu
Denise Daley, PhD: Early Asthma Interventions for Infants
RA Patients With ACPA or RF Positivity Less Likely to Discontinue Abatacept
Why Is Colchicine So Expensive Now?
When to Suspect Diarrhea is Symptom of a Clostridium Difficile