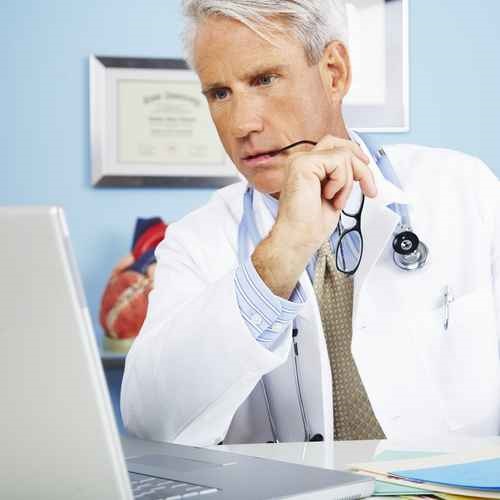 When it comes to ordering the correct test for Vitamin D, too many doctors just can't get it right, a new study found.

Physicians may need the results of vitamin D tests for a variety of patient conditions. Test results are important in diagnosing renal dysfunction, sarcoidosis, and primary hyperparathyroidism. Vitamin D levels decrease in renal failure and hypoparathyroidism.

But writing in  Clinical Laboratory News, Jane Dickerson, PhD, DABCC and Michael Astion MD, PhD, of Seattle Children’s Hospital, Seattle WA, say there is an increase in doctors ordering the wrong tests. That can delay disease diagnosis, harm patients, and add to the expense of care.

The 25-OH test has a half-life of about 3 weeks, compared to the 4-6 hour half-life of 1,25 dihydroxyvitamin D—making the latter test fairly useless for overall vitamin D assessment, they wrote.

But getting the word out to physicians takes some doing, they wrote.

They started by generating automatic emails whenever someone order a vitamin D test, explaining the differences in the tests and asking physicians to be certain which one they wanted. That resulted in 53% of the 1,25 dihydroxyvitamin D tests being canceled and changed to 25-OH tests.

After a year they stopped the emails but found the error rate started to climb again “suggesting that not much learning had occurred and that we needed a permanent intervention.” Checking with other institutions, they found the ordering errors were a common problem.

Next, working with their institution’s endocrinologists, they renamed the 1,25 dihydroxyvitamin D test order “Vitamin D, Bone Disease or Vitamin D, Renal Disease, and the other test Vitamin D, Nurtrional Assessment.

But that had an unintended consequence: orders for 1,25 dihydroxyvitamin D tests spiked. Why? Because orthopedists and nephrologists saw their specialty in the test name and added the orders to their routine order-sets.

Next, they tried using a pop-up warning generated when 1,25 dihydroxyvitamin D was ordered. “We confirmed the theory that pop-up messages easily can be ignored and are not enough to change behavior,” they wrote.

Finally, they decided to hide the 1,25 dihydroxyvitamin D order entirely, forcing anyone except endocrinologists or nephrologists who wanted it to search under “miscellaneous.” So far, a month into the experiment that approach seems to be working. It took 2 years to find what they hope is the solution.