DOACs versus Warfarin After Stroke For Older Patients 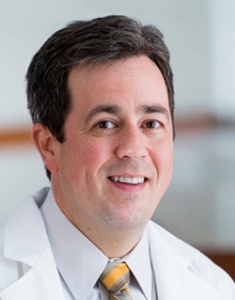 A retrospective analysis of the PROSPER Study has provided real-world data that  supports the use of direct oral anticoagulants (DOAC) over warfarin in older patients after ischemic stroke.

After comparing results of patients receiving dabigatran, rivaroxaban, or apixaban with those receiving warfarin, investigators found that DOAC use at discharge was associated with better long-term outcomes.

“Over the last decade there have been new treatments developed for oral anticoagulation in patients with Afib, or after a stroke and atrial fibrillation, and our question here was which strategy is more clinically effective,” said Adrian Hernandez, MD, study investigator and vice dean for clinical research at Duke University School of Medicine, in an audio interview on JAMA.

Using data obtain from the PROSPER study, investigators performed an analysis of patients 65 or older who had been hospitalized for acute ischemic stroke (AIS) and had a history of atrial fibrillation (Afib). Of the 93,314 Medicare patients identified in the study, a cohort of 11,662 from 1041 hospitals were included in the final analysis.

To be considered for inclusion patients could not be discharged to hospice, transferred to another hospital, had documented contraindications for anticoagulation treatment, had a medical history of renal insufficiency, dialysis, or creatinine less than 15 mL/min. Participants were also required to have a National Institutes of Health Stroke Scale (NIHSS) score for inclusion.

The mean age of the study population was 80 years and, with the exception of NIHSS scores, baseline characteristics were similar between the DOACs and warfarin groups.

Home time was the primary outcome measure of the study — which is measure of functional status and independence after hospital discharge. Major adverse cardiovascular events (MACE) was also a primary outcome of the current analysis. Investigators used a propensity score-overlap weighting method to account for differences in observed characteristics between groups.

This study, titled “Clinical Effectiveness of Direct Oral Anticoagulants vs Warfarin in Older Patients With Atrial Fibrillation and Ischemic Stroke,” is published in JAMA Neurology.