Do Children with ADHD Fare Worse if Parents have ADHD? 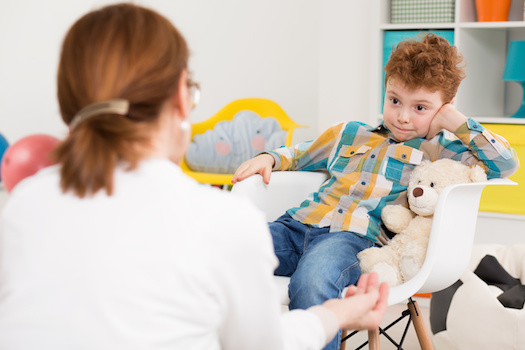 The more severe the symptoms of attention-deficit/hyperactivity disorder (ADHD) in parents, the more likely the ADHD treatment outcomes for the children would be negatively impacted, reported a new comprehensive review of studies.

The investigators also announced preliminary results from their own study on the association of particular treatment sequences in the parents with the outcomes in children with ADHD, the Sequential Multiple Randomization Trial (SMART).

"Given the evidence...suggesting that parent ADHD may interfere with administration and implementation of evidence-based child ADHD treatments, the question of how to best treat these families is of utmost clinical importance," explained Andrea Chronis-Tuscano, PhD, Professor and Director of Clinical Training, Department of Psychology, University of Maryland, College Park, Maryland, and colleagues.

With one-fourth to one-half of parents of children with ADHD also having the disorder, Chronis-Tuscano and colleagues found that many families face unique challenges with the treatment of ADHD in their children, whether with medication and/or behavioral intervention.

They noted that parent involvement is pivotal in behavioral interventions, to enhance generalization of treatment across time and settings. Parents with ADHD, however, can have particular difficulty, according to the investigators, due to their own difficulties with executive functioning (EF) and emotion dysregulation.

"Inattentive symptoms and EF deficits may impact the degree to which parents are attentive during sessions; remember to practice and implement behavioral strategies outside of session, keep consistent schedules and daily routines, plan ahead to implement antecedents that can prevent misbehavior from occurring, and provide external structure at times when children have to organize a series of steps to complete a goal," Chronis-Tuscano and colleagues said.

One way to potentially mitigate this is to select a behavioral intervention that requires less parent involvement. The investigators offered the example of the Summer Treatment Program (STP), which is administered by paraprofessionals while the parents attend weekly groups. They contrast that program to Behavioral Parent Training (BPT), which utilizes the parents as the primary agents for delivering the intervention.

Another approach is to involve the parents in ways that accommodate the ADHD symptoms. The team found several studies of such initiatives, with the best outcomes from those that emphasized flexible and individualized instruction in the targeted parenting behaviors. Some of these incorporated principles from adult ADHD psychosocial treatments, such as emphasizing "overlearning" until skills are automatic, rather than relying on EF abilities.

There was relatively little literature on the impact of parent ADHD on medication treatment outcomes in the children, but the investigators found evidence that both maternal and parental ADHD symptoms could interfere with the child adhering and responding to medication.

The preliminary findings from the SMART trial, involving mothers having ADHD with young children with ADHD symptoms, suggest that a BPT program improved parenting in the majority of mothers, while maternal medication management did not.

The literature review and description of the SMART trial preliminary findings, “Parent ADHD and Evidence-Based Treatment for Their Children: Review and Directions for Future Research,” was published on-line December 26 in the Journal of Abnormal Child Psychology.

ADHD: Managing the Continuum from Adolescence to Adulthood