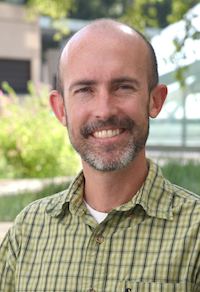 Ryan Hibbs, PhD
Researchers have produced the first high-resolution structural information of a brain receptor that may hold promise for developing better treatments for epilepsy, anxiety, and insomnia.

Scientists have long viewed the receptor, known as GABAA, as a pharmacological gold mine, said corresponding author Ryan Hibbs, PhD, Assistant Professor of Neuroscience and Biophysics at UT Southwestern Medical Center in Dallas, but until now, researchers could not get a clear image of its structure.

“Before our study, we had a fuzzy picture of what this GABAA receptor protein looked like,” Hibbs told MD Magazine®. “The new structural information is a launching point for developing improved therapeutics.”

Hibbs explained that most of the inhibitory signaling in the brain is mediated by the neurotransmitter GABA binding to the predominant receptor, GABAA. Dysfunction of the GABAA receptor is found in conditions marked by excessive excitation in the brain, such as epilepsy. For the nervous system to function, a balance of excitatory and inhibitory signals is required.

“We wanted to see in fine detail how the GABAA receptor is built, so that we could better understand how it works, and how drugs like those used to treat epilepsy and anxiety and to induce anesthesia act on the receptor protein,” Hibbs said.

The GABAA receptor has proved notoriously resistant to imaging by X-ray crystallography, but an approach called cryo-electron microscopy yielded a detailed look at its elusive structure. With this method, Hibbs and his team were able to take about 1 million pictures of the receptor at very high magnification, allowing them to reconstruct a high-resolution image.

“We obtained the 3D molecular blueprint of the receptor architecture with the neurotransmitter GABA bound to it,” Hibbs said. “Now we can see the fine details of where GABA binds and how it interacts with its receptor.”

The team also imaged the structure in connection with the drug flumazenil (Romazicon). This GABA receptor antagonist can treat drowsiness caused by sedatives following surgery or drug overdose.

“Flumazenil binds in the so-called benzodiazepine site,” Hibbs said. “Benzodiazepines like diazepam (Valium), clonazepam (Klonopin), and midazolam (Versed) act to enhance the action of GABA at its receptor.’’

Such drugs are widely prescribed for epilepsy and anxiety. Flumazenil is used to block the effects of these drugs—to directly knock them out of their binding sites, Hibbs said.

The researchers were able to define how GABA binds so selectively to the receptor and to explain why drugs like benzodiazepines and flumazenil act specifically on this receptor.

"The implications are far-reaching for understanding mechanisms of drug binding and designing new drugs for diverse neurological conditions,” Hibbs said. “The community will be better prepared to, we hope, develop compounds with fewer undesirable effects.”

The discovery could be good news for epilepsy patients. The production of more selective drugs that target the GABAA receptor may help the people who require them avoid side effects such as sedation and tolerance.

“The drugs used to treat the more severe forms of epilepsy are hard on the people who need to take them,” Hibbs said. “Anything we can do to improve the quality of the therapy will have potent positive effects on the quality of life for [patients with epilepsy].”

Hibbs predicts that the GABAA imaging breakthrough will lead researchers in many directions. He cited the “fascinating diversity” of medically useful molecules, as well as drugs of abuse, that act through this receptor. These include benzodiazepines, barbiturates, general anesthetics like propofol, neurosteroids, and ethanol.

“Understanding this receptor, and how these different classes of drugs act upon it, is a powerful window into understanding how the brain works—the ultimate goal of my group and many others,’’ Hibbs said.

The study, “Structure of a human synaptic GABAA receptor,” was published in Nature.