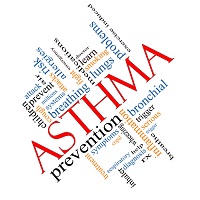 Patients who discontinued long-term treatment with omalizumab (Xolair/Genentech and Novartis) were more likely to experience an episode of severe asthma exacerbation during a one-year monitoring period than those who continued the treatment, in a recent study to determine whether therapeutic effect persists after discontinuation.

"Few data are available to assist clinicians with decisions regarding long-term use of asthma therapies, including omalizumab," observed the investigators, with lead author Dennis Ledford, MD, University of South Florida College of Medicine and Division of Allergy and Immunology, VA Hospital, Tampa, Florida.

Their double-blind, placebo-controlled study of omalizumab effects and responses to its discontinuation after long-term treatment of moderate to severe persistent asthma was published online November 5 in the Journal of Allergy and Clinical Immunology.

The cohort of 176 subjects, average 51.5 years of age and 69.9% women, had received omalizumab for approximately five years prior to the study. They were randomized to receive one year of monitored treatment with either continuation of omalizumab or placebo. Ongoing concomitant medications were maintained if consistent with study protocol. In the event of severe asthma exacerbation, participation in the study was unblinded, and omalizumab could be resumed if placebo had been used.

Ledford and colleagues reported that 67% of the omalizumab continuation group completed the one-year study without an episode of severe asthma, compared to 47.7% of those receiving placebo. In addition, the time to an episode was longer in the active treatment group than with placebo, and symptom control was better – as reflected in  monthly Asthma Control Questionnaire (ACQ) and Asthma Control Test (ACT) scores.

Although the number of placebo group subjects without an exacerbation episode is less than in the active medication group, it is sufficiently large (47.7%) to suggest to the investigators that there was some persistence of medication benefit after discontinuation. They acknowledge, however, that closer or more disparate numbers would have more clearly indicated whether or not drug effects persist after discontinuation.

Despite the open question of whether there is persistent drug effect, the investigators conclude, "continuation of omalizumab following long-term treatment results in continued benefit as evidenced by improved symptom control and reduced exacerbation risk."

Related Coverage:
Adherence to Omalizumab Does Not Correlate with Better Response for Asthma

Click here to sign up for more MD Magazine content and updates.
Related Coverage >>>
Overcoming Physician Burnout During the Winter
Tweet Chat on Doctors Getting Online Scheduled for January 27
JUUL Use Significantly Jumped Among Young US Adults Since 2018
You May Also be Interested in
Most Popular
Flu Cases Reach 13 Million in the US, CDC Reports
Top 10 Painkillers in the US
When to Suspect Diarrhea is Symptom of a Clostridium Difficile
The Link between ADHD and Celiac Disease
Shoulder Pain Could Be a Warning for Heart Disease Risk Factors