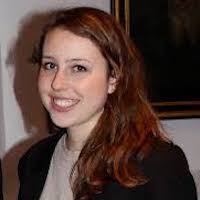 While in the past, researchers have suggested insomnia is a strong modifiable risk factor for major depressive disorder (MDD), the idea of insomnia as a residual symptom of unassessed prior depression or as a comorbid complaint secondary symptom to other depression risks has not been sufficiently addressed.

A team, led by Tessa F. Blanken, MSc, Department of Sleep and Cognition, Netherlands Institute for Neuroscience, examined 768 individuals from the Netherlands Study of Depression and Anxiety who were free from current and lifetime major depressive disorder. Each participant was followed-up for 4 repeated assessments, spanning 6 total years.

The also sorted out whether there were any direct predicative value of individual insomnia complaints among several other complaints that could be associated with insomnia using a novel method of network outcome analysis (NOA).

For the six-year study period, 141 (18.4%) of individuals were diagnosed with first-onset major depressive disorder.

“We showed prospectively that DIS is a risk factor for first-onset MDD,” the authors wrote. “Among the different other insomnia symptoms, the specific treatment of DIS might be the most sensible target to combat the global burden of depression through prevention.”

Recent study findings from Johns Hopkins showed that older adults with depression were at a higher risk of remaining depressed if they experienced persistent or worsening sleep problems.

Senior study author Adam Spira, PhD, and colleagues from Johns Hopkins Bloomberg School of Public Health analyzed data from nearly 600 older adults who visited primary care centers in the Northeast US to determine the association between sleep difficulties and outcomes of depression and suicidal ideation.

The team found that adults >60 years old who had a pattern of worsening insomnia symptoms over the following year had almost 30-times the odds of having a major depression diagnosis at the end of the year compared to those who had improving sleep.

The findings suggested that for older adults with depression, insomnia symptoms offered an important clue to their risks for continued depression and suicidal ideation, Spira, a professor in the Department of Mental Health at the Bloomberg School, said in a statement.

The study, “Network outcome analysis identifies difficulty initiating sleep as a primary target for prevention of depression: a 6-year prospective study,” was published online in Sleep.