Diet in Midlife Not Linked to Dementia Progression 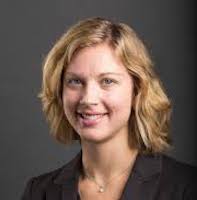 While there are countless benefits for developing good dietary habits, there is not necessarily a link between a healthy diet and a reduced dementia risk.

A team of investigators, led by Jennifer L. Dearborn-Tomazos, MD, Yale School of Medicine, identified the link between dietary patterns in midlife and cognitive function in later life in people without dementia.

“This study found that the dietary pattern of US adults at midlife was not associated with processing speed, word fluency, memory, or incident dementia in later life,” the authors wrote.

In the observation cohort, the investigators analyzed data collected between 1987-2017 of 13,588 community-dwelling people between the ages of 45-64 from Washington County, Maryland; Forsyth County, North Carolina; Jackson, Mississippi; and suburban Minneapolis, Minnesota. Each participant was part of the Atherosclerosis Risk in Communities study.

The investigators used the results of 3 different cognitive tests—Digit Symbol Substitution Test, Word Fluency Test, and Delayed Word Recall—performed between 1990-1992, 1996-1998, and 2011-2013. The results were standardized and combined to represent global cognitive function.

Participants in the top third of Western and prudent diet patterns were considered adherent to their respective diets.

However, the mechanisms behind the relationship between a healthy diet and improved brain health are not fully understood.

The plausible mechanisms include reduced vascular injuries and a reduction in Alzheimer pathology.