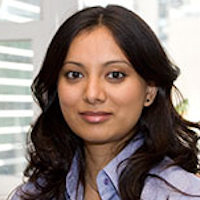 Patients who have blood clotting after surgery or major injury could have severe bleeding or hemorrhage if they are not rapidly treated with blood transfusions, and using a new test called iCoagLab could help expedite the process.

Senior author Seemantini Nadkarni, PhD, and a team of investigators led by Massachusetts General Hospital developed a novel, inexpensive and portable device to quickly measure the ability of blood to properly clot. The new test, called iCoagLab, reports several coagulation metrics within minutes, whereas traditionally it could take several hours for a test to detect coagulation defects.

“Clinicians in the operating room or the ICU often walk a thin line to maintain the delicate balance between bleeding and coagulation,” Nadkarni, an associated professor at Harvard Medical School, said in a statement. “The iCoagLab innovation will likely advance clinical capability to rapidly identify patients with defective clotting at the point-of-care, assess risk of hemorrhage, and tailor treatments based on individual coagulation deficits to help prevent life-threatening bleeding in patients.”

In an effort to get an accurate comparison between iCoagLab and thromboelastography, the measurements were conducted at the same time, and samples were treated in a similar manner. The setup for iCoagLab was based on Laser Speckle Rheology principles. The clot viscoelasticity profile was obtained by calculating and reporting the relative change in the viscoelastic modulus of whole blood during coagulation.

Coagulation testing is often unreliable for the timely assessment of coagulation status. Therefore, bleeding management and transfusion dosing decisions are based on empirical data and result in the overuse of blood products and increasing the risk of post-operative complications.

The iCoagLab innovation serves a clinical need by providing a platform to rapidly and comprehensively quantify coagulation profiles using small volumes of whole blood. Using the device takes half the time at less than a percent of the cost of a typical thromboelastography or rotational thromboelastometry tools.

“By rapidly and comprehensively permitting blood coagulation profiling, the iCoagLab innovation is likely to advance the capability to identify patients with elevated risk for bleeding, with the ultimate goal of preventing life-threatening hemorrhage,” Nadkarni and the study authors concluded.

The study, “Comprehensive Blood Coagulation Profiling in Patients Using iCoagLab: Comparison Against Thromboelastography,” was published online in the journal Thrombosis and Haemostasis.

Click here to sign up for more HCPLive® content and updates.
Related Coverage >>>
Insufficient Data to Accurately Monitor Most At-Risk Communities for Flu
Surgical Site Infections Common After Gynecological Laparoscopies
Scheduled Follow-Ups May Not Be Necessary for Pediatric Bronchiolitis
You May Also be Interested in
Most Popular
Safety Concerns With Biologics During the COVID-19 Pandemic
Denise Daley, PhD: Early Asthma Interventions for Infants
There Might Be Too Much Emphasis on Risk Factors for Hepatitis C Screening
Visual Impairment, Dementia Are Detrimental to Independence of Older Adults
Epilepsy Drug May Protect Against Optic Neuritis in Multiple Sclerosis