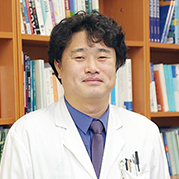 Electronic medical records (EMRs) allow for communication of patient data for clinicians, but whether or not they are being utilized to their maximal potential - or are making patient data communication any easier - is less apparent.

A reason EMRs take up a mean of 10.8 minutes per patient visit is due to a lack of understanding about what is necessary to be included in the records. In an attempt to better understand what kinds of information is most valuable to clinicians in EMRs, as well as when the information is accessed, Jae-Ho Lee (pictured), MD, PhD, from the department of biomedical informatics at the University of Ulsan College of Medicine’s Asan Medical Center, led a study to investigate how these records are utilized.

The study found that inpatient lists, lab results, and investigation lists were the most frequently accessed menus in the EMRs, accounting for a total of 60.1% of the peak time usage. The authors noted that EMRs, especially mobile EMRs, would “best evolve in a manner that enhances the accessibility of clinical information helpful to the decision-making process” under the constraints of ward rounds.

Analyzing the peak usage times of the EMRs to evaluate the most important information being accessed, the study utilized data from a tertiary hospital in Seoul, South Korea. The data included EMR usage from March 2015 to December 2015, defining peak usage as the time the EMRs were used continuously at regular intervals having a value greater than 0.5.

The investigators also referenced the usage patterns of the hospital information system (HIS) on an hourly basis, noting that the HIS was most accessed during “regular hours” of 9:00 AM to 5:00 PM, with the peak usage of the EMR being right around 6:00 AM to 10:00 AM. The EMR usage outside business hours (5:00 PM to 12:00 AM) was higher than during business hours, mostly due to factors related to patient investigation status and patient conditions (P < 0.01), according to the authors.

Although a valuable tool in medicine, EMRs are often a topic of complaint among medical professionals, mainly for the amount of time they occupy - an average of 3.7 hours per day, according to a recent report from JAMA Ophthalmology. This can be troubling information to clinicians, especially when 27% of the time spent with each patient (an average of 11.2 minutes) is dedicated to EMR logging. According to multiple reports, 74% of US medical offices utilize EMRs, while 95% of acute care hospitals have an EMR system in place.

EMRs will continue to become more important as team-based care increases in medicine, so understanding which information is most valuable and how to streamline the process of their use will parallel their importance.