Despite Its Popularity, Plastic Surgery Has a Bad Reputation 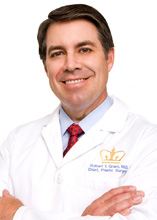 You wouldn’t know that America was in an economic recession by the number of cosmetic procedures that took place in 2012. According to the American Society of Plastic Surgeons, there were more than 14.6 million cosmetic procedures performed last year, of which nearly 6.1 million were Botox (onabotulinumtoxinA) treatments.

But despite its mainstream popularity, cosmetic surgery still has a very negative stigma in our culture. In fact, a 2011 University of Toronto study that found women who had received Botox treatments were typically viewed by their peers as “cold and vain” compared to those who appeared to have aged naturally.

The study examined how women viewed other women’s personalities based upon the anti-aging techniques they utilized. Study participants read fictional stories about middle-aged to senior women who underwent various anti-aging techniques that ranged from avoiding the sun and using skin creams, to receiving Botox injections and undergoing facelifts. Participants were then asked to rate how they perceived the characters, and the findings were surprising. According to an article published in the New York Daily News, “The results showed that the less a woman tried to interfere with aging naturally, the more positively her personality was viewed by the participants in the study.”

But is this a fair judgment? Women are expected to be naturally thin and appear effortlessly young, but when they take additional measures to maintain or enhance their looks, they are heavily criticized. Meanwhile, a good number of the Hollywood celebrities who women are trying to emulate have also incorporated cosmetic procedures into their beauty regimens, but in an unperceivable and subtle way.

The results of the University of Toronto study are even more surprising in light of the number of female celebrities who have admitted to surgical and non-surgical procedures. In a November 2008 People Magazine article, many female celebrities — including Brooke Shields, Jenny McCarthy, Vanessa Williams, and Courtney Cox — stepped forward and openly admitted to benefiting from Botox treatments. However, they stressed that, as all things in life, moderation is always the key; it’s about finding a balance to compliment your true beauty. As Vanessa Williams was quoted in the article, “I use it very sparingly…I want to look natural.”

These principals fall in line with my own theory known as the Life Stage Personal Enhancement Philosophy. Instead of a full body makeover all at once, smaller, less-invasive, and age-appropriate procedures done over a longer period of time can maintain a person’s youthful appearance – further eliminating that surgical or unnatural look.

Robert T. Grant, MD, MSc, FACS, is Chief of the combined Divisions of Plastic Surgery at New York-Presbyterian Hospital-Columbia University Medical Center and New York-Presbyterian Hospital-Weill Cornell Medical Center. He is also Associate Clinical Professor of Surgery in the College of Physicians and Surgeons at Columbia University and Adjunct Associate Professor of Clinical Surgery at Weill Cornell Medical College. For more information about Dr. Grant or to contact him, visit his website at www.robertgrantmd.com.

Click here to sign up for more HCPLive® content and updates.
Related Coverage >>>
ACR Releases First Guidelines for Reproductive Health in Rheumatic Diseases
Young Mothers Face More Mental Health Hurdles
FDA Approves CM-1500 Blood Volume Monitor
You May Also be Interested in
Most Popular
The Fear of the Coronavirus, and the Reality of the Flu
Epidemiological Investigation of Rheumatoid Arthritis Links Manual Labor to the Disease
Notes From Rounds: Anticoagulation Reversal Strategies for ICUs
When to Suspect Diarrhea is Symptom of a Clostridium Difficile
The Gearhead's 2007 Holiday Gadget-Buying Guide