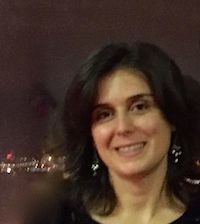 Carla Nasca, PhD
Individuals with major depressive disorder (MDD) have low blood levels of the molecule acetyl-L-carnitine (LAC), according to the results of a new study. The research also suggests that the degree of the LAC deficiency reflects the severity and other details about the disorder.

The findings may make LAC a potential biomarker to help in formulating targeted approaches to the diagnosis and treatment of depression, say investigators led by Carla Nasca, PhD, a postdoc fellow at Rockefeller University in New York, New York.

"LAC may aid in identifying a subtype of depression that has greater severity, more likely early life adversity, and may be less likely to respond to standard available antidepressant medications,’’ Nasca told MD Magazine®.

"Surprisingly, the deficiency in LAC is even stronger in patients that don’t respond to standard antidepressants and is linked to a severe, childhood trauma-associated type of depression,” she added. LAC, which is naturally produced in the body, also is available as a dietary supplement. It is broken down in the blood to regulate energy metabolism in the brain.

The study builds on previous research involving mice, which have shown that LAC promotes rapid antidepressant responses in rodent models.

“Rodents with behavioral abnormalities have a LAC deficiency that signals impaired neural and systemic functions such as hippocampal glutamatergic dysfunction, abnormal structural plasticity as well as systemic insulin resistance,” Nasca explained. “These traits are all improved by supplementation with LAC."

The participants, 45 healthy controls and 71 patients with MDD, were matched for age and sex. Investigators measured LAC levels in the individuals’ blood and found that the levels were decreased in patients with MDD compared with the controls.

A secondary analysis showed that the degree of LAC deficiency reflected both the severity and age of MDD onset. In addition, the investigators found that the decrease in LAC was larger in patients with treatment-resistant depression (TRD). In this group, childhood trauma—specifically a history of emotional neglect and being female—predicted the decreased LAC.

Among the patients with MDD, the team saw no differences in LAC concentrations in relation to the use of psychotropic drugs. In subjects with mild MDD, there was no correlation between LAC levels and the severity of the disease. In contrast, there was ``significant negative correlation” between LAC severity scores: The higher the severity, the lower the concentrations of LAC, the team wrote.

The findings suggest that LAC may serve as a candidate biomarker to help the diagnosis of a clinical endophenotype of MDD, the authors wrote.

"The study is important because it opens the possibility of in the future using a panel of biomarkers to identify and study novel therapeutic targets related to central glutamatergic dysfunction in specific subtypes," Nasca said.

Along with additional research involving rodents, the findings support exploration of LAC as a therapeutic target that might help define individualized treatments in the spirit of precision medicine, the authors said.

“These studies might lead to a new way of thinking about mechanism-based treatments and possible development of future diagnostic tools,” McEwen said.

The study, “Acetyl-l-carnitine deficiency in patients with major depressive disorder,” is published in Proceedings of the National Academy of Sciences of the United States of America.

Click here to sign up for more HCPLive® content and updates.
Related Coverage >>>
Benzodiazepine Use Increases Risk of Ectopic Pregnancy
High-Potency Cannabis Linked to Poor Mental Health
COVID-19 Lockdown Having an Impact on Adolescent Mental Health
You May Also be Interested in
Most Popular
The 10 Worst Things Patients Can Say to Physicians
Cholesterol Levels Rise After a 24-Hour Fast
Top 10 Painkillers in the US
Filtered, Unfiltered Coffee Have Contrasting Impact on Heart Health
Looking for Links Between Testosterone and Vitamin D Levels