Depression Is Prevalent Among Early Medical Students, and Linked to Suicidality 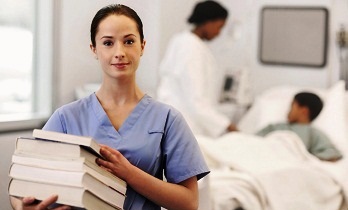 An assessment into the prevalence of depression and suicidal thoughts in medical students also found risks for both symptoms, and that having a significant other may lessen a student’s risk for either.

A study conducted by investigators from Loyola University Chicago, presented at the American College of Physicians (ACP) 2019 Internal Medicine Meeting in Philadelphia, PA, sought to understand the both the prevalence and risk factors around depressive thoughts or self-harm thoughts in medical students, as well as lifestyle factors that could be more “protective” from this nature.

Led by Christine Thomas, DO, the team conducted an anonymous survey of students at Loyola University Stritch School of Medicine between July 2017 and June 2018.

Investigators sought demographic information including the students’ history of depression or anxiety, as well as status on regular exercise habits, current relationships, spirituality, and communication and access to family and friends. They were submitted to the Patient Health Questionnaire (PHQ-9), with scores ≥10 indicating major depression—as well as a frequency of self-harm or suicidal ideation based on a five-point scale.

The odds of more frequent suicidal ideation in due part to student demographics was estimated with univariable ordinal logistic regression models.

The majority of self-harm thought-positive responders were in their first, second, or third year of medical school.

Investigators subjected the 227 initial survey administration responses to a risk and protective factor analyses, which showed that 13% (30) of patients were suffering from major depression, and 7% had thoughts of self-harm. Their findings indicated that a history of depression or anxiety was significantly associated with more frequent suicidal ideation or self-harm (P= .005), and that males were slightly more likely to report frequent thoughts of self-harm than females (P= .058).

Regarding protective factors, students with a significantly other were nominally less likely to report thoughts of self-harm (P= .047).

The findings were reported at ACP 2019 at the same time as a new review of 347 published articles showing that while physician suicide rates are a significant issue, its machinations and background are not well understood among investigators.

In those findings, investigators reported that prevalent risk factors may include physicians’ specialized knowledge, access to lethal methods, and specialties. Whether having a significant other, spirituality, access to friends and family, and other personality traits are actually protective of physicians’ risks needs to be studied further, they noted.

The Loyola investigators concluded their findings were consistent with previous assessments showing that depression rates among medical students were between 10% and 30%, and suicidal ideation between 6% and 12%. That said, basing depression diagnoses on PHQ-9 may have been inaccruate, as recent evidences shows the test has poor specificity.

Regardless, they expressed hope their survey results serve as a “springboard for future studies attempting to decrease thoughts of self-harm among medical students.”

The study, “Factors Implicated in Thoughts of Suicide and Self-Harm Among Medical Students,” was presented at ACP 2019.