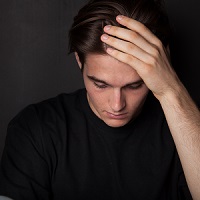 Treating depression could yield better cardiovascular results, according to a new study based in China.

A team, led by Ruiwei Meng, PhD, School of Public Health at Huazhong University of Science and Technology, examined whether depression is linked to the risk of all-cause and cardiovascular disease mortality in Chinese adults.

Depression is often association with increased disease burden globally, with a higher risk of mortality found in Western populations.

In the cohort study, the investigators examined the data from 512,713 adults from the China Kadoorie Biobank (CKB) study and 26,298 adults from the Dongfen-Tongji (DFTJ) study.

They then used multivariable-adjusted Cox proportional hazards regression models to estimate hazard ratios and the 95% confidence intervals for the association of depression with mortality.

The link between depression with mortality among women was only significantly for all-cause mortality in the CKB cohort (HR, 1.19; 95% CI, 1.03-1.37).

While the findings show depression is consistently linked to higher risk of all-cause and cardiovascular disease mortality, when stratified by sex, the associations were only significant in men.

“These findings suggest that depression is associated with an increased risk of all-cause and [cardiovascular] mortality in adults in China, particularly in men,” the authors wrote. “These findings highlight the importance and urgency of depression management as a measure for preventing premature deaths in China.”

Officials estimate that more than 10 million disability-adjusted life-years was associated with depressive disorders in China in 2013, with the number projected to increase approximately 10% by 2025.

The study, “Association of Depression With All-Cause and Cardiovascular Disease Mortality Among Adults in China,” was published online in JAMA Network Open.