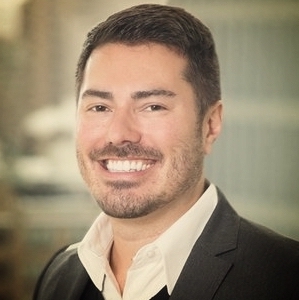 Senior author Brian Mustanski, PhD, director of Northwestern University’s Institute for Sexual and Gender Minority Health and Wellbeing, told MD Magazine® it all has to do with how “dense” a person’s social network is. Social network density is calculated by taking the total number of friends or partners reported by a person and dividing that by the total number of potential friends or partners the person could have.

“Past research has found that the higher the score (the denser the network), the more likely an individual is to have multiple sexual partners at the same time and more contact among members of the group, thus increasing their risk of acquiring HIV,” Mustanski, a professor at Northwestern’s Feinberg School of Medicine, explained.

However, the study also exposes a frustrating public health paradox. The higher rates of HIV among young black MSM persist despite the fact that the cohort is more likely to get tested regularly for HIV and less likely to engage in risky sexual behaviors.

Mustanski said one reason is a lack of frank communication.

“Dense networks are also ideal for spreading information and changing behaviors, so when an effective HIV prevention measure is identified, it spreads more easily and quickly through dense networks,” he said.

He explained that, first and foremost, physisicans should discuss PrEP and condom use with their patients.

“It’s key to take judgement out of the encounter and to make it clear it isn’t about right or wrong but about knowing the facts and using them to protect yourself and your community,” Mustanski said.

Many men will stop using PrEP once they’re in a relationship, believing they are no longer at risk, Mustanski said. However, these people still should be vigilant.

“If they want to discontinue because they are in a relationship I encourage clinicians to help them think through the need to make an explicit relationship agreement with their partner and receive at least two HIV negative test results 3 months apart,” he said.

The study, “Individual and Network Factors Associated With Racial Disparities in HIV Among Young Men Who Have Sex With Men: Results From the RADAR Cohort Study,” will be published in the January 2019 edition of the Journal of Acquired Immune Deficiency Syndromes.