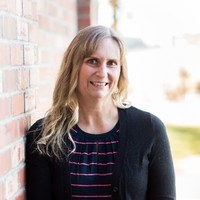 Veterans are not at a higher risk of developing dementia than civilians, unless they suffer from a traumatic brain injury (TBI), according to new research.

Overall, they included 40 articles in the final analysis, 10 of which were deemed to present the best evidence.

The investigators found that dementia rates are likely to be similar between Veterans and civilians (10.7% vs. 8.8-11.6%).

Dementia prevalence is also likely to be higher in individuals with a traumatic brain injury (6-16%) than in those without a TBI (3-10%), with a possible dose-response relationship between the 2 groups.

The investigators also found there could be a link between traumatic brain injuries and dementia. However, this evidence has limitations, as no studies have been conducted to evaluate whether dementia prevalence varied on the basis of combat deployment history or era of conflict.

In 2018, investigators found that concussions can increase the likelihood of dementia in patient by two-fold.

Researchers from the University of California San Francisco (UCSF) Weill Institute for Neurosciences and the San Francisco Veterans Affairs Health Care System conducted the analysis on more than 350,000 veterans to find the risk of complications in those who suffered from concussions.

They found that those who had experienced a concussion without loss of consciousness had a 2.36-times greater risk for dementia, after adjustments for age, sex, race, education, and other health conditions.

For those who suffered concussions with loss of consciousness, risk of dementia was 2.51 times greater. Those with moderate-to-severe traumatic brain injury (TBI) had a 3.77-times greater risk.

The analysis was pulled from 2 databases: one with veterans of various generations who had suffered TBIs ranging from concussion to mild TBI in either their military career or civilian life; and another list of veterans who served in Iraq and Afghanistan. The latter list’s veterans were more likely to suffer TBI in combat zones.

Researchers defined concussions among Iraq and Afghanistan veterans as mild TBI that resulted in alteration of consciousness and amnesia for up to 1 day, based on medical evaluation. Concussion was defined in other veterans though comprehensive diagnostic codes in electronic health records.

The new data shows that the risk of developing dementia is related to whether or not an individual has developed a traumatic brain injury.

“Dementia prevalence is likely similar in Veteran and civilian populations, and the risk of dementia is likely increased by TBI,” the authors wrote. “To inform development of screening, prevention, and rehabilitation efforts, research is still needed addressing the mechanism of association and timing of dementia onset.”

The study, “Association Between Traumatic Brain Injury and Dementia in Veterans,” was published online in The Journal of Head Trauma Rehabilitation.

Click here to sign up for more HCPLive® content and updates.
Related Coverage >>>
Tofacitinib Bests Placebo in Psoriatic Arthritis Trial
Belimumab Safe and Effective Treating Systemic Lupus Erythematosus
Nanoparticle Treatment Showing Promise Against Rheumatoid Arthritis
You May Also be Interested in
Most Popular
Upadacitinib Outperforms Placebo, Adalimumab for Psoriatic Arthritis
Higher Doses of Upadacitinib Increase Rate of Serious Infections
US Medical Groups Share Front Against Racism, Healthcare Disparity
What Should I Do With This Abnormal ALT?
Study Finds Marijuana Use Not Linked to Increased Stroke Risk