Rates of Decline in Cardiovascular Disease Slowing in Developed Countries 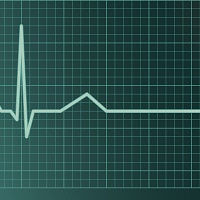 After decades of progress, a recent study from the University of Melbourne has found a significant slowdown in cardiovascular disease (CVD) mortality rates in high-income countries across the world.

Results of the study highlight the increased impact obesity, smoking, and other factors in the slowdown — also pointing out that CVD-mortality rates have actually increased among certain age groups in multiple high-income countries.

Investigators smoothed annual CVD mortality rates over time using a LOWESS regression to account for stochastic variation. ICD-10 and ICD- 9 codes were used to identify causes of deaths and investigators performed additional analyses restricted to deaths between the ages of 35 and 74 years to reduce the impact of potential diagnostic inaccuracies. Results were contrasted with the Global Burden of Disease Study.

Upon analysis, investigators found that rates of decline in CVD mortality had slowed considerably in most countries — with results from 7 countries suggested a rise in CVD death rates for at least 1 sex in 2018.

Further analysis of the age group showed rates of decline had slowed to less than 2% annually among both sexes in Germany, Italy, Spain and the United Kingdom. Investigators noted that rates had slowed to that point in men from Australia, Canada, France and Greece and among women in Austria, Denmark, and New Zealand.

Only 2 countries were found to have rates of decline in 2017 that were greater than 2% among both sexes were Korea and Singapore. This rate was also observed among males from Ireland, Italy, Sweden, and Switzerland as well as females in Israel.

Investigators suggest the results of their study — specifically how generalized the apparent phenomenon is — indicate rises in rates, such as those seen in the US, are highly likely to occur in other countries.

"In order to combat this, significant investment in preventive health measures is needed, particularly those aimed at increasing physical activity, improving diet and reducing obesity," said Tim Adair, MD, study co-author and researcher from the University of Melbourne. "Failure to address these issues could confirm the end of the long-term decline in cardiovascular disease deaths and threaten future gains in life expectancy."

In a recent interview with MD Magazine®, Deepak Bhatt, MD, MPH, executive director of cardiovascular programs at Brigham and Women's Hosptial, discussed recent trends in cardiovascular disease. While he was not involved with the current study, Bhatt's sentiments on the topic echo the findings of the Australian investigators.

This study, titled “Is the long-term decline in cardiovascular disease mortality in high-income countries 5 over? Evidence from national vital statistics,” is published in the International Journal of Epidemiology.

Click here to sign up for more HCPLive® content and updates.
Related Coverage >>>
Bempedoic Acid, A Non-Statin Lipid-Lowering Agent, Approved by FDA
Novel Nutraceutical Compound Could Help Patients Control Their Hypertension
Manesh Patel, MD: Lessons Learned from the Beaumont Conference
You May Also be Interested in
Most Popular
The Fear of the Coronavirus, and the Reality of the Flu
Do EMRs Provide Clinically Relevant Information?
Testosterone Supplementation May Increase Serotonin Levels in the Brain
Microbiome Markers Linked to Quality of Life for Women with IBS
How to Spot a Bad Doctor