Debate: Should MS Therapy Be Changed If Cognitive Function Declines? 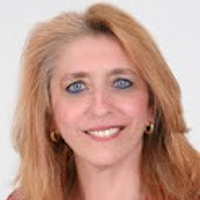 Bianca Weinstock-Guttman, MD
The question of whether a disease-modifying therapy (DMT) for multiple sclerosis (MS) should be changed if the patient experiences decline in cognitive function was recently opened for published debate, with arguments hinging on whether the measurement of cognitive decline reliably marks disease deterioration.

The prospect of halting a particular DMT to begin another could be even more problematic now than when this debate was joined, with the November 20 US Food and Drug Administration (FDA) warning of severe worsening of MS symptoms after stopping fingolimod (Gilenya).

In a series of essays recently published in the Multiple Sclerosis Journal, Bianca Weinstock-Guttman, MD, Jacobs Comprehensive Center for Treatment and Research, Jacobs School of Medicine and Biomedical Sciences, University of Buffalo, and colleagues argued in favor of the proposition that a decline in cognitive function should lead to a change in DMT.

They team noted that the 2018 recommendations from the American Academy of Neurology (AAN) include considering switching therapies when response is deemed suboptimal based on published clinical trials. Weinstock-Guttman and colleagues suggested that, since neuropsychological impairment reflects cerebral disease in MS, it follows that it merits clinical attention when considering drugs to mitigate MS disease activity.

"If we accept that cognitive deficits in MS patients, or cognitive decline from baseline reflect cerebral disease, then it would seem self-evident that this sign/symptom merits clinical attention as would any other indication of disease activity," they asserted.

While agreeing that cognitive decline would seem a useful measure of treatment response, Emilio Portaccio, MD, IRCCS Don Gnocchi Foundation, Florence Italy, countered that uncertainty about the method for measuring decline are among the factors that "limit the implementation of cognitive evaluation in the therapeutic-making process."

In his argument, Portaccio pointed out that several neuropsychological evaluation batteries have been proposed, such as the Brief International Cognitive Assessment for MS, but that the need for brevity to be widely implemented precludes comprehensive measurement. He noted potential confounders such as fatigue and depression are necessarily omitted, and so can lead to an inaccurate assessment.

Weinstock-Guttman and colleagues also considered various instruments for providing brief assessment of cognitive function, but concluded that the Symbol Digit Modalities Test (SDMT) of information processing speed measures the cognitive function most central to changes in MS. They found evidence to support that a change in SDMT score of 4 points, or 10%, is clinically meaningful.

Portaccio was not convinced, posing  when an isolated 4-point decline on the SDMT “with neither subjective complaints nor other clinical or MRI evidence of disease activity, enough to decide the switch from a first-line to a potentially harmful second-line treatment?"

Maria Amato, MD, Department NEDUROFARBA, of the University of Florence, provided an invited judgment on the debate—siding with Portaccio’s argument that there is no current consensus on optimal cognitive decline measure.

That said, she pointed out the SDMT has been extensively validated as a test of information processing speed, and suggested it might represent an exception to the limitations he cites.

"As more clinical trial data with SDMT are going to be presented, in the near future we will be enabled to consider whether SDMT decline is indicating suboptimal treatment response and should therefore lead to a change in disease-modifying therapy," Amato wrote.