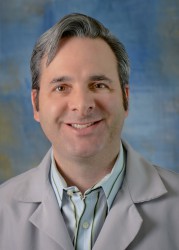 Greg Huhn, MD
One week after the US Food and Drug Administration (FDA) approved the first darunavir-based single-tablet daily combination therapy (Symtuza, Janssen Pharmaceuticals) for the treatment of HIV-1 infection, new trial results presented at the 22nd International AIDS Conference in Amsterdam, The Netherlands, demonstrate that patients can switch to the single tablet regimen from complex daily regimens and still remain virologically suppressed. Furthermore, the combination therapy proved to be a viable choice for newly-diagnosed patients looking to rapidly start treatment.

To ascertain whether there were differences in treatment response related to switching patients who are HIV-positive from a boosted protease inhibitor-based regimen to the single-tablet daily regimen containing darunavir/cobicistat/emtricitabine/tenofovir alafenamide (D/C/F/TAF), investigators analyzed subgroup data from the previously published EMERALD trial.

For the EMERALD trial, over 1100 patients who were infected with HIV and virologically-suppressed at baseline were randomized 2:1 to either switch to the study tablet or a control regimen. In a subgroup analysis, baseline use of darunavir (by 70% of patients) was more common than atazanavir or lopinavir (30% combined); and boosting with ritonavir (85%) was more common than cobicistat (15%).

In addition to presenting the subgroup analysis of the EMERALD switch study at the conference, Huhn presented interim results, at week 24 of the 48-week term, from the DIAMOND study of using the tablet to rapidly start new treatment for HIV.

He explained that part of the impetus for studying the feasibility of the tablet to rapidly initiate new antiretroviral treatment (ART) for HIV was recommendations from the World Health Organization (WHO) and other institutions which stipulate that initiation of ART should begin on the same day an individual is diagnosed with HIV, “based on the person’s willingness and readiness to start ART immediately, unless there are clinical reasons to delay treatment.”

In some cases, this has entailed initiation prior to the availability of baseline laboratory assessments. Data on this practice from outside the United States suggest it can improve retention in care, morbidity, mortality, and time to virologic suppression; however, Huhn noted that the US Department of Health and Human Services considers this practice to be investigational because the supporting evidence was generated outside the United States. Still, there is concurrence on the importance of prompt ART for some patients.

"Health care providers have less clinical information available in a rapid initiation model of care," Huhn indicated in the presentation, "[Therefore,] it is important to consider a regimen's effectiveness in the setting of possible transmitted drug resistance, its safety profile, and the patient's ability to adhere to the regimen."

The phase 3, single-arm open-label DIAMOND study recruited patients 18 years of age or older who were newly diagnosed with HIV-1 within 2 weeks of the screening/baseline visit, and without previous exposure to ART except for pre-exposure prophylaxis (PrEP) such as emtricitabine/tenofovir disoproxil fumarate [Truvada, Gilead].

Eligible patients were immediately started on the darunavir-based combination tablet, without screening or baseline laboratory information. After these values became available, investigators determined whether patients met predefined safety or resistance criteria, and prepared to stop the treatment if the inclusion criteria were not met.

At this interim stage of the trial, no patient had discontinued the study due to lack of efficacy, and no patients had exhibited protocol-defined virologic failure.

The investigators concluded that in this "first known phase 3 trial of a single-tablet regimen in a rapid initiation model of care," a high proportion of those patients using the study drug achieved virologic suppression and continued treatment through the interim analysis at 24 weeks, according to the study authors.

"These data add to the growing body of evidence that supports health care professionals to navigate treatment options," Huhn concluded.

The analysis of subgroups in the EMERALD study of switching to the single-tablet regimen was presented as poster THPEB056, and the interim results from DIAMOND study were presented as poster WEPEC200 at the 22nd International AIDS Conference, which took place July 23-27, 2018, in Amsterdam, The Netherlands.