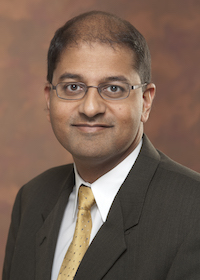 Secondary analyses of the Aspirin in Reducing Events in the Elderly (ASPREE) trial examined the effects of daily low-dose aspirin on all-cause mortality as well as on cardiovascular events and bleeding. Participants randomized to the treatment arm had higher all-cause mortality and a higher risk of major hemorrhage compared to placebo. Additionally, neither group had a significantly lower risk of cardiovascular disease.

These results will significantly impact guidelines on aspirin use in older, healthy adults said Raj C. Shah, MD, an associate professor of family medicine with the Rush Alzheimer's Disease Center at Rush University Medical Center in Chicago. Shah served as the principal investigator at Rush University Medical Center and as co-US investigator for the study as a whole.

“Older persons are curious about ways to promote a longer life without physical and cognitive disability and often ask their physicians about options with scientific evidence to achieve a shared decision,” Shah said in an interview with MD Magazine®. “The results of the study provide scientific evidence that daily intake of low-dose aspirin in healthy older persons does not extend a healthy life span.”

The ASPREE trial enrolled 19,114 adults at 50 sites in the US and Australia who were 70 years of age or older (or ≥65 in the case of Black Americans and Hispanics in the US, due to their higher risk of cardiovascular disease or dementia) (median age = 74). Participants were not institutionalized and did not have cardiovascular disease, dementia, or disability. They were randomized to receive 100mg of enteric-coated aspirin (n = 9525) or placebo (n = 9589) daily. Follow-ups were conducted for a median of 4.7 years.

“When combined with the results of other aspirin studies in otherwise healthy persons, the findings of ASPREE may change the guidelines for aspirin use in a healthy general population,” said Shah. “Given the known bleeding risk of aspirin, changes in the recommendations may result in reducing the number of older persons who experience serious bleeding episodes.”

The investigators noted that the overall rate of cardiovascular disease among participants was lower than the expected 22.4 events per 1000 person-years. “The observed rate was approximately half this estimate, most likely reflecting the relatively good health of the participant population at recruitment and the declining rate of cardiovascular disease in the two countries over time and across all age groups,” wrote the authors.

The authors noted several limitations with the trial, particularly that the limited follow-up period may have cut off the possibility of a preventive effect of aspirin on cancer or Alzheimer disease.

The primary analysis of the ASPREE trial, “Effect of Aspirin on Disability-free Survival in the Healthy Elderly,” was published in the New England Journal of Medicine.