DAAs Eradicate Hepatitis C, But Not the Risk for Liver Cancer 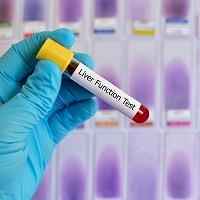 Advanced stages of hepatitis C can lead to cirrhosis and liver cancer. Although direct-acting antivirals (DAAs) cure hepatitis C in over 90% of patients, the drugs don’t eliminate these advanced complications.

Italian researchers assessed the early occurrence of hepatocellular carcinoma (HCC) and the recurrence of the condition in patients with cirrhosis on DAAs.

As described in the Journal of Hepatology, the team analyzed 344 cirrhotic patients without HCC – however, 59 of them previously had HCC. All of the participants were being treated with DAAs and followed for 24 weeks.

The results showed that 91% of patients had a sustained virological response to the DAAs. During the follow-up period, 26 patients (7.6%) developed HCC – including 17 of the 59 patients (28.81%) would had previously had HCC and 9 of the other 295 patients (3.16%) who had never had it. “Child-Pugh Class B, more severe liver fibrosis, lower platelet count, and previous HCC were significantly associated with HCC development, at univariate analysis,” the researchers wrote. An independent association between history of HCC and new HCC development was confirmed with a multivariate analysis. For the 59 patients who had previously had HCC, younger age and more severe liver fibrosis increased the likelihood of HCC recurrence.

Although DAAs prove to be effective in the majority of patients, they do not appear to reduce the risk off HCC – especially in those with a history of the condition.

“For these reasons, all cirrhotic patients should be closely monitored and followed during and after antiviral therapy,” the team advised.