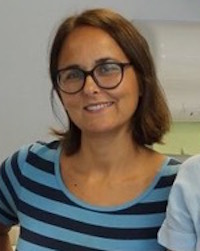 Among patients who have received solid organ transplants, including kidney, heart, and lung transplants, there is a known link between cytomegalovirus (CMV) reactivation and cardiovascular (CV) risk. To date, there has been no assessment of CMV reactivation and CV risk in LT patients. Existing evidence does point to a relationship between both hepatitis C virus (HCV) and CMV infections and CV risk.

Aguilera and colleagues set out to investigate this issue. Their primary study objective was to evaluate if CMV reactivation or primo-infection is “associated with an increased medium-term risk of CVE in LT patients with active or past HCV infection who did not receive antiviral therapy for at least 1 year after transplantation.”

Patients included in this observational, retrospective study were adults who underwent LT due to HCV cirrhosis between January 2010 and June 2014 at the study site. Patients with hepatitis B virus (HBV) concurrent infection or human immunodeficiency virus (HIV) were excluded.

The study population consisted of 140 patients (72% male) with a median age at transplant of 57 years. During the follow-up, 26 patients experienced a CVE. The statistical analyses revealed that the rate of CVE was significantly higher since liver transplantation in those patients with a clinically signification CMV reactivation. Alternatively, other outcome measures, such as recurrent HCV or HCC or development of new tumors, were not associated with CMV reactivation after LT.

Aguilera and colleagues explored possible explanations for the results of their study.

“Since endothelial cells are a known target of CMV, it seems plausible that CMV may cause an inflammation of the intima layer with subsequent endothelial dysfunction, which may ultimately contribute to the progression of atherosclerosis in the non-transplant population,” researchers wrote.

Aguilera and colleagues ultimately suggested the practical application of their study results.
“Our findings, which should be confirmed in larger series including other indications for LT, emphasize the need for an adequate CMV prophylactic and/or pre-emptive strategy not only to prevent the typical consequences of CMV reactivation but also to reduce the medium-to-long-term increased risk of CVE,” researchers wrote.

The study, “Cytomegalovirus reactivation in liver transplant recipients due to HCV cirrhosis is associated with higher cardiovascular risk,” was published online in Transplant International last week.

Click here to sign up for more HCPLive® content and updates.
Related Coverage >>>
Christina Tan, MD, MPH: Managing Coronavirus Fear
First Flu Strain Impacts Ability to Fight Virus for Life
Study Suggests Women Should Avoid Macrolides During First Trimester
You May Also be Interested in
Most Popular
The Fear of the Coronavirus, and the Reality of the Flu
Ibuprofen In First Trimester of Pregnancy May Reduce Future Child's Fertility
FDA Approves IV Meloxicam for Pain Management
Top 10 Painkillers in the US
Cardiac Abnormalities Associated With Charcot-marie-tooth Disease