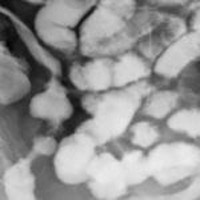 Anti-inflammatory treatment for children’s Crohn’s disease alters the components of their gut microbiome but does not fully restore the microbial balance.

According to findings published in Cell Host and Microbiome, researchers from the Perelman School of Medicine at the University of Pennsylvania analyzed the fecal samples of 90 children with Crohn’s disease and 26 healthy children to determine the effect of Crohn’s disease treatment on their gut microbiome.

The researchers studied the patients’ enteral nutrition or anti TNFa antibodies to find the full complement and dynamics of bacteria, fungi, archaea, and viruses during treatment.

Over the eight-week treatment period, the researchers determined each Crohn’s disease treatment had a different effect on the gut microbial community. They discovered that antibiotics suppressed bacterial growth but seemed to facilitate the growth of fungi. Formula diets decreased Crohn’s disease symptoms and reduced inflammation; however, the diet did not correct the unbalanced bacterial population in the microbiome. Immunosuppressant therapy caused inflammation and bacterial dysbiosis to decrease, but fungal dysbiosis continued.

“The formula based diet helped the children to improve their symptoms and inflammation despite making the microbiota initially more dysbiotic,” co senior author Gary Wu, MD, a professor of Gastroenterology, explained in a press release. “This is an intriguing finding implying that it may not be necessary to completely restore a healthy microbiome to provide a beneficial effect.”

The researchers believed that this study confirmed that dysbiosis is a critical part of Crohn’s disease and that patients’ reactions to treatments can change the microbiome significantly. They believed this finding could impact paths to innovative treatment approaches and biomarkers that could be used to identify individualized treatments for each patient.

“While antibiotics, inflammation and diet each impacted the composition of the gut microbiome, the effects were largely independent of each other,” co-first author James D. Lewis, MD, a professor of Epidemiology and Biostatistics, continued in the statement. “From this we concluded that the dysbiosis in Crohn’s has many origins. We are currently conducting a study designed to assess the impact of diet, including formula based diets, and gut microbiome on metabolites found in feces and blood.”