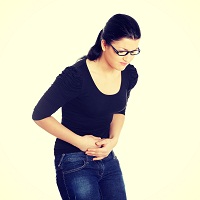 While ustekinumab is commonly used as an effective therapy to treat moderate to severe Crohn’s disease, how the medication effects the microscopic manifestations of the disease is unknown.

A team of investigators, led by Katherine Li, Janssen Research and Development, evaluated the effects of ustekinumab on histologic Crohn’s disease activity after analyzing the data of 251 patients in phase 3 induction and maintenance studies.

The investigators collected 2 endoscopic biopsy samples at weeks 0, 8, and 44 from the ileum, splenic flexure, and rectum and assessed histologic activity based on global histology activity scores (GHASs).

The patients eligible for the study had a Simple Endoscopic Score for CD (SES-CD) of ≥3 at induction baseline.

“In an analysis of data from participants in phase 3 induction and maintenance trials, we found histologic improvement in a greater proportion of patients given ustekinumab vs placebo,” the authors wrote. “The largest improvements occurred in patients who received ustekinumab maintenance therapy every 8 weeks.”

Histologic assessment of intestinal biopsy samples often provides more information than video endoscopy because they can show the tissue architecture and composition at the cellular level. Histologic inflammation is present in about 33% of patients, despite the presence of endoscopic healing.

In a cohort study, investigators in Norway found mucosal healing comprising both endoscopic appearance and histology was linked with decreased rates of subsequent intestinal reaction and steroid use. They believe histologic assessment could provide important clinical measures of disease activity and treatment response.

The study, “Effects of Ustekinumab on Histologic Disease Activity in Patients With Crohn’s Disease,” was published in Gastroenterology.