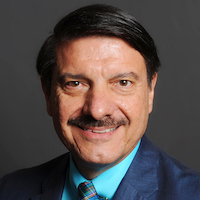 Last week, the American Lung Association (ALA) announced its commitment of $25 million to the COVID-19 Action Initiative—an ongoing program designed to expand the association’s respiratory research program and to bolster public health response and preparedness in the wake of coronavirus 2019.

Beyond that, the initiative intends to incentivize collaboration between public and private research institutions that are pursuing potential vaccines, tests, and therapies for the virus.

The decision comes as much in response to the burden COVID-19 has afflicted on the ALA’s respiratory patients as does in preparation for what novel viruses may proceed it in the future.

In an interview with HCPLive®, ALA chief medical officer Al Rizzo, MD, discussed the eight-figure initiative’s role in adopting clinical and research practices that have become mainstream in COVID-19 response, and its hope in keep US-based respiratory patients safer from future threats.

HCPLive: What do you hope will make up the parties involved in this initiative?

Rizzo: We're putting a lot of resources into it both from a research standpoint, as well as advocacy and health promotions—all 3 arms of our mission, which need to really work to kind of make sure we're better prepared next time around, make sure there's better access to care, which may include testing or antibody testing, antivirals, vaccines—all those things we hope are going to be available in the month ahead.

Plus, we also want to try and see if we can work with others, and try to make sure we're better prepared next time around. I mean, there's plenty of collaboration that can take place from the preparedness standpoint, in large and small governmental or nongovernmental, for-profit agendas working to make sure that kind of thing happens. So that's why we're really trying to put a lot of emphasis on this.

HCPLive: What exactly can be set as a fundamental precedent for better preparation?

Rizzo: Some of that might be in the realm of policy or advocacy. We go back and read about what we've done with SARS and MERS in the past couple decades, it was always an effort made initially to build a larger stockpile of ventilators, for example, or protective equipment. And I think it becomes almost a business model to say, 'Well, how much money do you put into something that's going to sit in inventory for possibly years and not be used, versus putting that money somewhere else where it might be used more appropriately in the current status rather than worrying about the future?'

I think that's—not to get away from the medical side of it—more of a public policy, and almost a governmental decision which needs to be made about preparedness, from a stockpile standpoint. Certainly, the bigger picture is being able to make sure we have a critical care workforce, both physicians, nurses, respiratory therapists, and the healthcare system is better able to handle potential surges like this.

I think push came to shove in a lot of places, I'm not truly aware of any place that had to make the tough decision of triaging patients because they ran out of ventilators. New York and New Jersey may have come close, I don't think they did. But I can't say I've read everything that's been said about that. But in the sharing of resources across the country—where ventilators were needed, we were able to send them to other places—that's the kind of preparedness I think we need to work together on.

From a scientific standpoint, I think this was great quickly identified as a RNA virus. The sequence was identified within a matter of weeks. And that certainly allows the early steps of making vaccines, but unfortunately, vaccines are still months away. By the time they the virus is identified, proteins are identified that can be used as vaccines, it's still going to take a number of months for a vaccine to become available and to be shown to be effective.

And even antivirals, it's hard to be too prepared if the virus is a new virus like this one is. So, it's not something we've seen before, and didn't really respond to other antivirals we have for influenza. We just have to use our best guesses as to why some drugs might work better than others. And that's where the research comes into play.

HCPLive: There's been quite a bit of clinical improvisation and information sharing between institutions and even countries, as a result of this. Is this initiative trying to harbor the open lines of communication and decision-making?

Rizzo: To be honest, I think the medical community—whether it's by email, phone call, webinars, Zoom meetings—I think critical care doctors from across the world were sharing information about what's working, what's not working, what's what's the the ventilator role in some of these patients. Because unfortunately, COVID-19 is not one-size-fits-all, as far as what it did to our lungs and patients.

It was almost a new learning process for many of the practitioners. But when you have people from China who saw it early on, being able to share their experience now with the physicians in the United States a month or 2 later, we sometimes get an upper hand on the on the virus by knowing what they did in China, being able to implement an intervention, maybe sooner or in a different way, a better outcome. So that kind of sharing has been going on and will continue to go on the way. The way the internet is now, that communication can be almost instantaneous. And I think the healthcare providers have been willing to share that information.

HCPLive: Is there any way you see initiatives addressing the medical dissemination of information and research? We've seen a great deal of major meetings be canceled and delayed as a result of this, and their place have been a new wave of virtual presentation, webinars, things of that nature.

Rizzo: No question those are happening and have been worthwhile. And unfortunately, there's probably more than more going on that we can all sit and listen to. We have to do the work at some point in time.  All these things are usually on demand—you don't have to have a live webinar to get benefit from it. But I think you do have to pick and choose what you're listening to. The internet is full of information that is not always as accurate as you'd like it to be, and it's probably because some of it is such a fast-moving and fast-changing state, with regard to some of the information that comes out about the virus and some of the treatments available.

We just have to be wise enough to keep looking and verifying what sources there are, and making sure that other people are agreeing with the source that you think is worthwhile. That's where the Lung Association tries to be a trusted champion of truth around lung disease. And we've been able to maintain that reputation for a period of time. And we'd like to maintain that reputation.

HCPLive: What is the particular priority of need, in terms of being better prepared for novel respiratory-afflicting diseases?

Rizzo: Our research is broad enough to include any interest among viralitists, infectious disease specialists that might relate to this viral disease—this one or the next one down the road—is going to be open to potential funding from us. It's a little bit different field than what we've been used to, as far as COPD, asthma, and lung cancer. But we are trying to invite as many new researchers into this field and present proposals that we can fund to help move this along. We're also trying to co-partner with the NIH in some studies, and there's certain pharmaceutical companies that have approached us for potential co-funding opportunities. And we're just trying to be in that space.

Click here to sign up for more HCPLive® content and updates.
Related Coverage >>>
How Will COVID-19 Change Pediatric Care?
Brian LaMoreaux, MD: Practicing Rheumatology During and After COVID-19
Underlying Respiratory Comorbidities and COVID-19
You May Also be Interested in
Most Popular
Schizophrenia Relapses and Patient Well-Being
Treatment Nonadherence and Schizophrenia Relapses
Tanezumab Outperforms Placebo, Tramadol in Improving Chronic Back Pain
Positive Results Treating Active Psoriatic Arthritis with Upadacitinib
Immunotherapies at the Forefront of COVID-19 Treatment Research